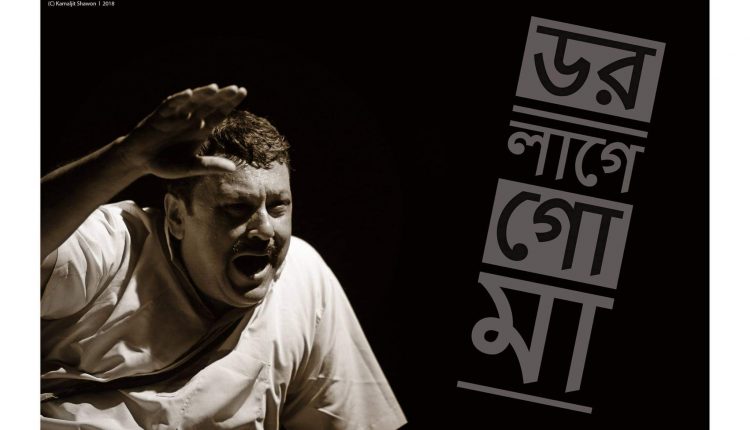 From filling in as proxy Artist in 1976 to Theatre Veteran: Here's Subrata Roy Sambhu's Journey

When it comes to theatre, nobody can deny the fact that it is one of the rawest and most demanding forms of art. Emotions flying high, charged up stages, exaggerated dialogues, one can hardly take off their eyes from whatever  transpires in the stage. “Theatre is one such art form where you need a few other forms of art as well – acting, dancing, a bit of singing as well as recitation. All of those factors add up to make theatre something of its own” said Subrata Roy Sambhu, a 54-year-old veteran theatre artist from Silchar, Assam.

An engineer turned businessman by profession, Subrata Roy happens to be a few of the stalwarts of the regional theatre scene of Barak Valley and has performed & enacted innumerable plays all over the nation. Director/Producer of the theatre group ‘Ganashur’, with whom he has been associated with since the late 70s, theatre has never left him even after more than four decades. “I feel it’s in my blood. It’s my first and last love. I can never imagine a life without theatre.” His years of dedication and zeal, among several other artists like him has immensely contributed towards the theatre revolution happening all over Barak Valley in recent years.

Starting his theatre journey as a mere proxy in one of the rehearsals of Ganashur during his youth, Roy instantly fell in love with it and has never looked back since even when he was studying engineering, or later while he was working for the Border Roads Organization (BRO). Whenever he got any chance or break, he would unhesitatingly come back to theatre to perform, to express his emotions. “Initially, I was posted in Silchar, then to Manipur, Tripura, Mizoram, Punjab, J&K, Rajasthan and many others. But I never gave up and used to come back to rehearse for theatre even after returning from work in places like Jaisalmer.”

Such was his enthusiasm and love for theatre, that no matter if it’s the scorching heat of Thar desert or the -35°C deadly cold of Ladakh, he would always find a way to keep himself connected with theatre. “One of my best plays, a play based on Michael Madhusudan Dutta’s last years ‘Shesh Sanlaap’ was rehearsed in the desert of Rajasthan, which fetched me the first prize here in Silchar.” 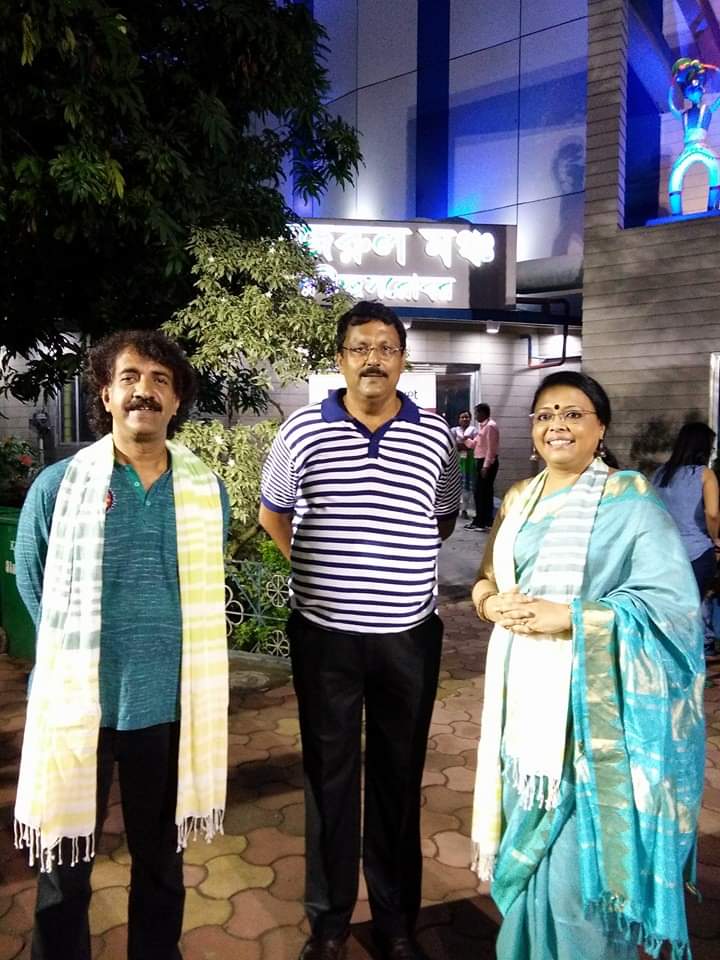 Father of a proud daughter, his life as a theatre artist spanning almost four decades has seen him both as acting and directing a wide array of plays. Mohit Chattopadhyay’s ‘Kal Baa Porshu’, ‘Shundor’, ‘Swidhidata’, Tagore’s ‘Devata’r Grash’, Manoj Mitra’s ‘Ami Madan Bolchi’, ‘Smriti Sudha’ were some of his many directorial works. ‘Ami Madan Bolchi’ holds the record of most staged play in Barak Valley till date, with over 200+ performances starting from 1987.

Talking about the lows in his life, Shambhu Kaku, as he’s fondly called by his students & close associates, said that when it comes to theatre, he never had to struggle as much as he had to go through certain phases of frustration. “I was lucky that my family always stood by me whenever it came to theatre from a pretty early stage. My late elder brother, Shankar Roy, played a big role in motivating and supporting me in this aspect. Without him, I can never think of my theatre journey.” But unfortunately, after his elder brother’s untimely demise back in 2019, things have gotten quite difficult for him than ever before with the added responsibility of their family business. But even that didn’t deter him from being with his ‘first love’ as he went on to say “Even after all those tragedies, I still managed to enact two plays of Arijit Aditya, one ‘Legacy Code’ a famous play based on NRC and another named ‘Noori’.” 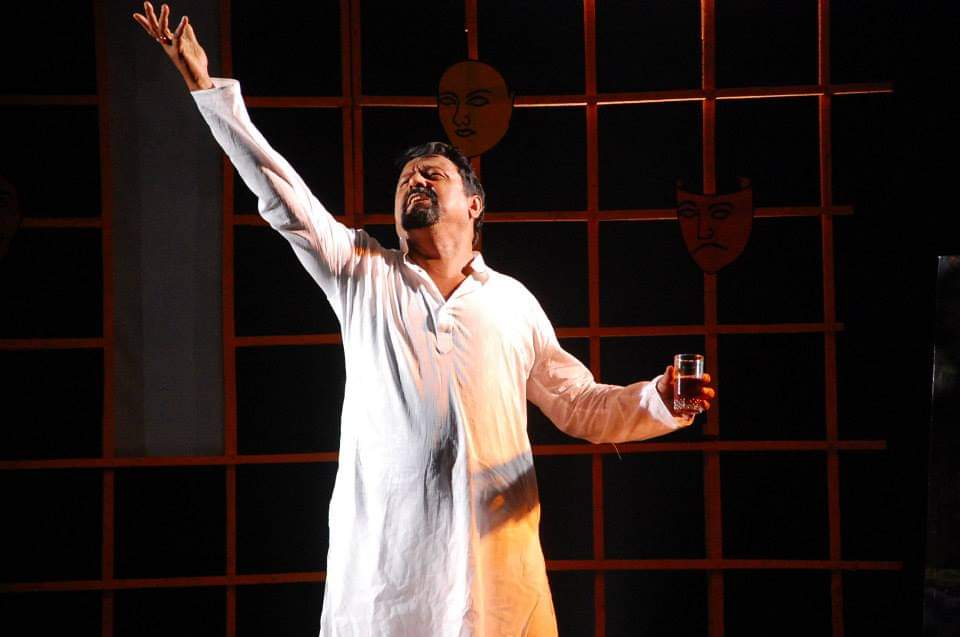 Why theatre, not anything else? “Most people would talk big in such circumstances, saying they do it for a career or to change the world or whatnot. But the ground reality is that we do it for our own satisfaction. Not that it’s not possible to influence the world or the society with the art of theatre, but the deep-seated urge to do it eventually stems from the fact that there might be even two people sitting in the crowd appreciating our work and effort.”

Roy emphasised that unlike other art forms, theatre is possible when there are at least two types of people involved in it. “You can sing on your own and still derive pleasure, you can dance & achieve the same. But theatre demands at least two participants, the actor or performer, and the audience. Without an audience, theatre ceases to exist.” 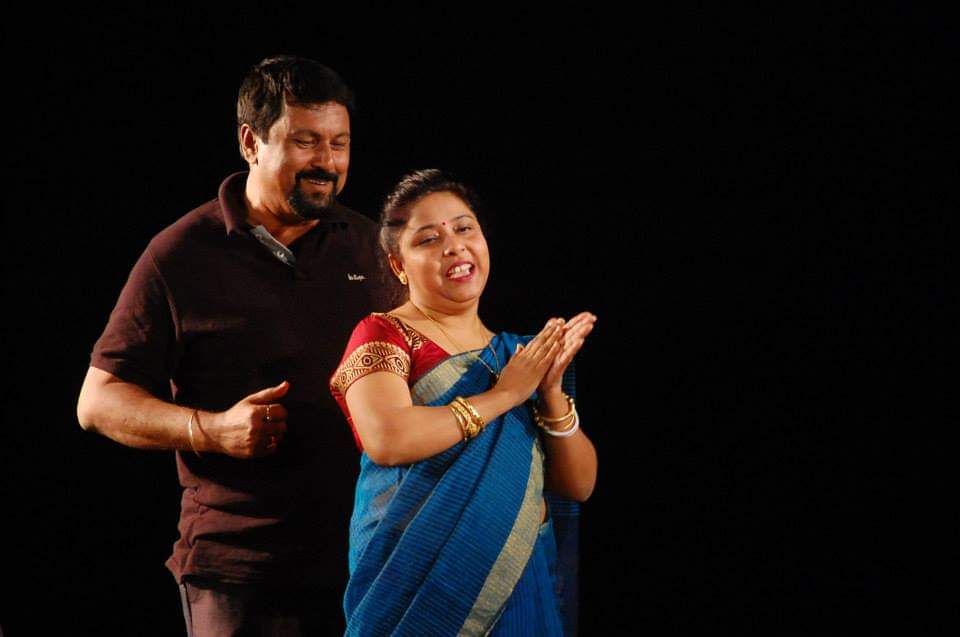 Is theatre enough to sustain as a career living in this region? The veteran was rather quick to say no, citing that they themselves don’t see theatre as a career option. “Being in Barak Valley, doing professional theatre is simply not possible. And even in the context of India, at least in Bangla, unless you’re working under Ministry of Cultural Affairs or any such Govt. body, theatre as a sustainable career is not feasible. You can make it as the make-up artist or the light technician or even the sound engineer, but not as a theatre actor or director/producer. ”

His only advice to the young aspiring generation is that in the age of social media and internet, don’t get swayed easily by a few hundred Facebook comments. “You got to love the art of theatre, feel its emotion. Today’s generation has one big advantage of the Internet, where they can easily get access to lots of videos and proper pronunciations of certain words to guide you. So the access is relatively easier these days. But success and recognition in theatre take time. You have to be glued to the process and keep churning out work after another.”

The veteran theatre artist is currently involved in Shirshendu Mukhopadhyay’s ‘Shubhashini’ and Manoj Mitra’s ‘Smriti Sudha’ as of now.