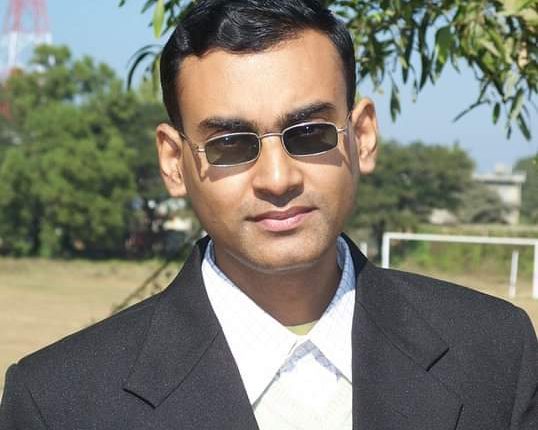 In the age of ‘Digital India’, online banking frauds have become a new menace in society. In a recent case of online banking fraud, a college professor got scammed with Rs. 35,490 on Saturday. Apratim Nag, a Physics professor in Guru Charan College, responded to an SMS claiming that his ATM card has been blocked for which he was required to verify his KYC details. Then a phone call came claiming to be an SBI official asking for Nag’s bank details and from there the scam transpired.

When Apratim Nag was asked about this whole tragedy, he said that it all started when he got an SMS yesterday claiming that his SBI ATM card had been blocked, and to unblock it he had to verify his KYC details. The SMS also had a link attached to it, which  Nag, according to his own words, ‘unconsciously’ clicked but then later didn’t pay much heed to it. After a while, a call came from the same number asking for the same to which Nag complied.

“When I agreed to verify my KYC bank details, the caller told me that to verify the KYC, I would need to recharge a minimal amount of Rs. 10. But when I tried using the Internet Banking services to recharge as they asked, the OTP didn’t arrive. Then they provided me with an alternative option and instructed me to install this app called Team Viewer claiming that it’s easier recharging with this app. Then when I offered to recharge with the help of my ATM card, he said that this isn’t necessary and rather gave me a link to visit and just put all my details there. But that too didn’t come to fruition so I again offered them to recharge with my card to which he agreed. Meanwhile, the caller was getting access to all the bank info like ID and password that I was typing on the screen through that Team Viewer app that I had installed before. Then I tried recharging through my UCO bank ATM card and then my Axis bank card as well, both of whose transaction failed. Then they asked me to install another app, after installing which I realised that whatever SMS I had been getting  my phone was being redirected to his number as well. It was then only that I realised that something fishy was going on so I disconnected the call immediately. Then I realised after seeing this SMS that Rs. 35,490 has been deducted from my SBI bank account.”

Prof Nag added that after disconnecting the call, he immediately called SBI Main Branch Manager Sushant Dutta and explained to him in detail whatever had transpired. “He asked me to immediately stop all sorts of communication and then froze my bank account. In the meantime, two other OTPs came to my phone requesting a transaction of ‘20 something thousand’ which he couldn’t take away as my account was already frozen.” Aparatim Nag then blocked his other two bank account ATMs to safeguard them. He also said that even after disconnecting, the caller kept calling which irked his wife. She then scolded that caller to which he threatened to take away all his existing money from the bank account.

Apratim Nag then filed an FIR in the Silchar Sadar Thana under Section 420 of  IPC and Section 66 (B) of IT Act.