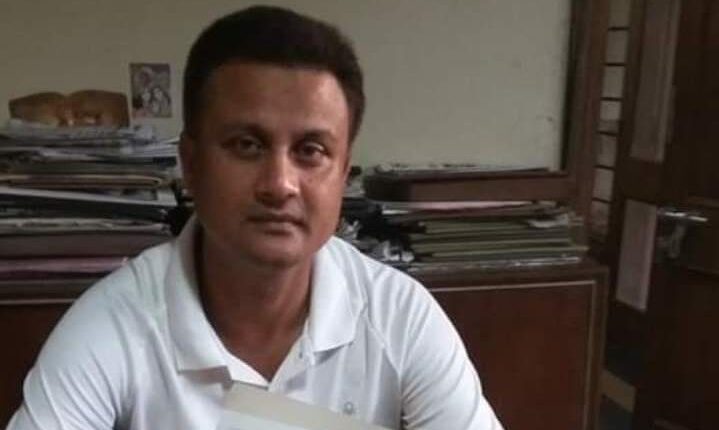 General Secretary of Cachar Congress Mehboob Ahmed was diagnosed with cancer about a year ago. He breathed his last, this Thursday morning and is survived by a wife, two daughters, a brother along with other family members. His death has cast a shadow of gloominess among Congress workers. Former MP Sushmita Dev compared his death to the loss of a family member.

He was the district secretary of NSUI for about seven years and then served as the General Secretary of District Congress for about ten years. Recently, the Congress party has been going through a difficult phase. Many heavyweights have abandoned the party and left for other parties but Mehboob Ahmed Barbhuiya did not follow that path.

Sushmita Deb arrived at Mehboob Ahmed Barbhuiya’s house on Thursday morning after receiving the news of his death. “To my father he was like a son, to me he was like my own brother. I never felt like we belonged to different families. From the very beginning, we worked together in politics, been together in different ups and downs of life. Apart from losing a dedicated party worker I also lost a family member of mine” said the former MP.

His death has been mourned by various wings of the Congress party including the Youth Congress. Party activities have been suspended owing to his death. The flag of the party will also be kept at half-mast due to his sudden demise.