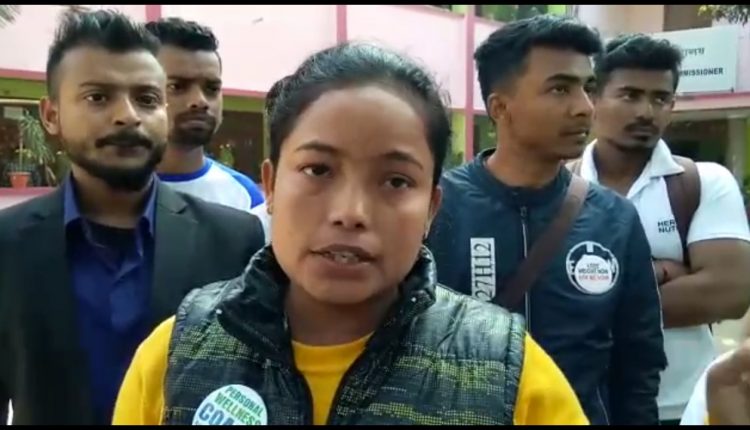 Today afternoon, a girl who identified herself as Sunita Sinha, a resident of Chengcoorie Road Silchar, alleged that she was manhandled by the constable deployed at the main gate of Deputy Commissioner’s office.

According to Sinha, she was campaigning in front of DC’s office to promote nutrition and generate awareness regarding health issues. She said they have been doing this for an hour every day for some time now. “Today, a constable whose badge read Abdul came out and shouted at us to go away. He then kicked the machines I had and dragged me inside. He even kicked and hurt me physically,” said Sinha.

Sinha said she wants to meet deputy commissioner Barnali Sharma to inform about the incident in person following which she will decide the course of action.

She said she is a cricket player and looked traumatised due to whatever happened. They were all wearing badges which read “Personal Wellness Coach”. Others who were there with Sunita Sinha questioned the constable’s behaviour. “How can a male Police constable drag a woman in this manner that too at the deputy commissioner’s office. Hope DC madam will take strict actions against the constable and Sunita will get justice,” said Sinha’s colleague.