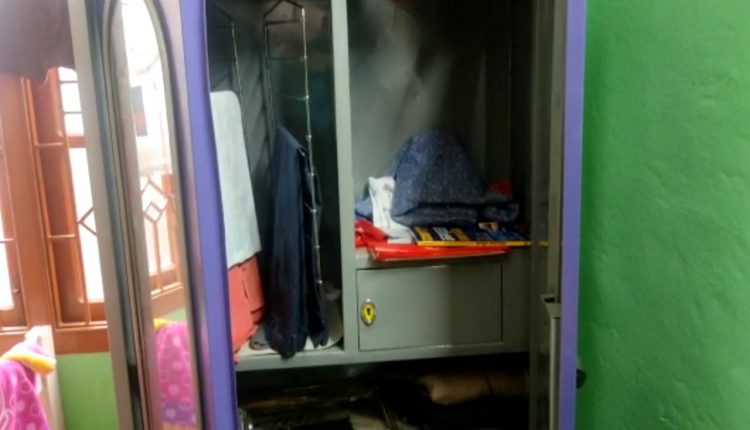 Putting the law and order and security of common citizens at stake, Barak Valley has been witnessing a steep rise in acts of theft, snatching, and robbery in the recent past. As another hair-raising incident of robbery took place in Meherpur Goala Para yesterday night. A group of armed dacoits broke into the residence of Laal Babu Sinha, took the tenants and others hostages and looted a huge amount of money and gold.

As the district of Cachar was having an unusually mild December drizzle due to the influence of Jawad in the Bay of Bengal, all the members at the residence of Laal Babu Sinha were in deep sleep. Dacoits took the advantage of the rainy night and carried on their money and gold heist.

“It was raining and we noticed unusual sounds, but didn’t pay much attention. But after sometimes few men barged into my room armed with gun, dagger, and rods and covered our face with towels,” informed Sinha. In a similar way, the dacoits told the tenants that police were raiding their residence.

Laal Babu Sinha informed the police immediately after the incident. Police from Ghoongur, Rangirkhari PS rushed to the place, additional SP also visited the place. The dacoits ransacked all the houses and staff. This act of robbery at such a densely populated place in Silchar has sent a spine-chilling fear in the minds of people residing in the locality.

In September 2021, an armed robbery took place in Sonai LAC’s Nutan Bazar area. A group of 10-12 dacoits looted 40,000 rupees along with gold jewelry in that incident. In April, a similar robbery took place in Bhadurail. In another robbery in February this year, Sixteen people were injured as dacoits opened fire at Burunga village in Kalain, house of a retired army jawan was looted in that incident.