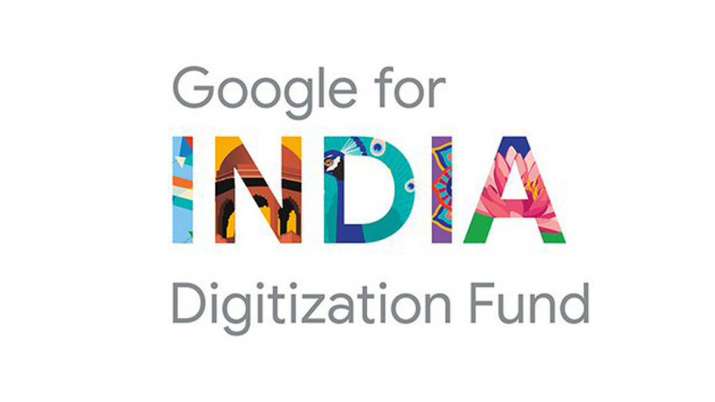 Google’s India forays – can Barak valley get a pie

At the ‘Google for India’ event that happened virtually for the first time in its six-year history, Google and Alphabet CEO Sundar Pichai on 13th July 2020 announced a US$10 billion investment in Google for India in the next 5-7 years that roughly would stand at Indian rupees 75000 crores. This investment would be done through a mix of equity investment partnerships and operational infrastructure and will focus on four areas- a) Enabling affordable access and information for every Indian in their own local language b) Building new products and services that are deeply relevant to India’s unique needs c) Empowering businesses as they continue or embark on their digital transformation and d) Leveraging technology and Artificial Intelligence (AI) for social good in areas like health, education, and agriculture.

Clearly this is a big announcement in these times when the government and people alike are yet to figure out the total impact of COVID-19 on the global economy and its future direction not forgetting the health concerns that impact all. However, with these almost six months of dealing with the virus and its mitigation, one thing has come certain and this is the underlying influence of technology and particularly information communication technology to ensure functional availability across sectors. So ‘work from home’ and ‘online classes’ have become the new order and telemedicine and online health consultations have also picked up further. At the same time, India’s digital march has been on the rise steadily and the completion of five years of the Digital India flagship programme earlier this month has shown the extent to which digital imbibition has happened across the country. Much of this march has been witnessed with an all-round growth where along with digital infrastructure, software programs and apps and the user familiarity and usage has increased significantly. Today, India is almost in the halfway mark as far as internet penetration is concerned and Google itself has around 500 million users in the country. It is this confidence and the prospects of reaching a far wider market that drives corporations like Google or for that matter Facebook and Amazon who have also recently announced investments in India.

Google’s engagement and interest go back to many years now. Almost every Indian completes a task googling and it has changed search operations for most. However besides its centers employing many Indians in India as well as abroad it has its CEO now who is an Indian having been brought up from a humble background and risen through the ranks. Over the years, Google has invested in a few Indian startups and ventures in India ranging from its Rs 3.13 crore in Sana Ventures in the seed funding round, and Rs 3 crore in Agastya International Foundation way back in November 2013 to the massive Rs 339 crores in Dunzo and Rs 39 crore in the online education portal CueMath. Last month it put close to Rs 200 crores in the Series E funding of a Gurugram-based company Aye Finance. Besides the investments and business aspects, Google has also widely participated in social avenues and it launched Station in India in 2015 in partnership with the Indian Railways and its concern Railtel to bring fast, free public WiFi to over 400 of the busiest railway stations across India and the project was completed in June 2018 and wound up only this year as internet connectivity and prices have come down significantly. Likewise recently during this COVID-19 pandemic, Google has worked in over 50,000 villages to educate users about COVID-19 through its ‘Internet Saathi’ initiative which works in providing awareness of the Internet in rural villages and also has an AI-based flood forecasting system. Likewise, by the end of 2020, Google will enable 1 million teachers and 22,000 schools across India to combine classroom approach with online learning using free tools like G-Suite, Google Classroom, Youtube, and other solutions from its stable. Much of these efforts are driven through dedicated local partners also and they play a significant role in becoming business ready for wider programmes.

The question that arises in everybody’s mind is that what is possible in this huge investment in Barak valley or even for that matter the whole of the state of Assam. The pandemic has impacted Assam significantly in the current few weeks and floods have also added to the economic misery around. A realistic approach has to be taken to look at the post-COVID-19 scenario in the region or for that matter in keeping pace with the pandemic and doing the routine work albeit with precautions. Firstly the possibility of Barak valley as a digital economic hub has never been seriously thought about. Besides the delayed infrastructure build-up, nothing has been done to enable a software technology park or incubation centre. In September 2017, Union IT and Law Minister Ravi Shankar Prasad had told in Silchar that a business process outsourcing (BPO) centre and a software technology park will be opened soon.

Secondly, while these centres if opened will benefit immensely, what also needs to be done is to see if smaller incubation centres can come up whereby portals and apps can be developed. Many of these apps could be very pertinent to local enablement for e-commerce and at the same time could be replicated over also connected to the larger markets. A few passionate efforts have happened and they need to be enhanced and sustained further. In the current scenario where the government has banned many Chinese apps, the scope remains for developing apps that could have national and regional footage and relevance. With a National Institute of Technology (NIT) and also a significant IT department in the Assam University, these two institutions should be an anchor to talents in the region outside of their enrolled students only. Thirdly, Google must be approached with a credible project in Barak valley that has to be taken up as part of its ‘Next Billion Users’ initiative.  A whole approach-based efforts have to be made to conceive a project that addresses the wider population in the 3 districts and find solutions based on AI that could be thus harnessed. Fourthly, an immediate effort should be undertaken to see that teachers and schools from the region are part of the Google announcement as mentioned in the earlier para to make education delivery easier and overcome the nonavailability of digital classes. Google had identified three challenges in the education system in India- Quality of digital content in Indian languages, teacher readiness to use digital tools and access to devices and the internet. All three apply to the Barak Valley region and so should be a point for the government to take up and ensure that the region is not left out.

Needless to say, the future in India will be technology and its application across sectors and COVID-19 days has demonstrated the efficiancy of employing pertinent technology. This also opens a lot of opportunities for employment in many sectors and at the same time offers opportunities for showcasing the economic prospects of the region to a larger and global audience. Clearly agriculture and farming are strengths of the Barak valley region and the quality and organic value of the soil should be projected to the wider markets and demands for such products have grown. Ventures and entrepreneurs who take the lead will definitely find the attention and who knows Google might be making one of the investments in the region.