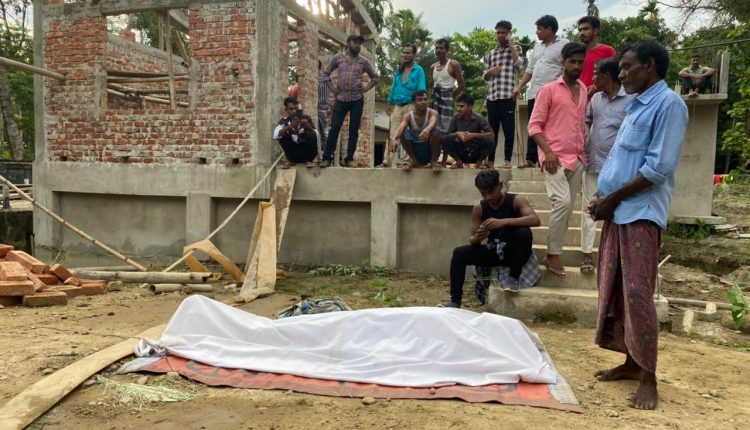 Gross negligence: Three labourers including a minor suffocate to death while working at PHE reservoir in Silchar

In a tragic turn of affairs, two labourers and a minor died at an under-construction PHE reservoir in Silchar’s Tupkhana area. Three of them entered 12 feet deep reservoir to drain out the water using a motorpump.

As per available information, first one labourer entered the tank and switched on the motor pump powered by Diesel generator. There is no ventilation for the emitting smoke to exhaust and so the daily wager identified as Salim Uddin Laskar who is a resident of Badarpur Jatingamukh suffocated inside and lost his consciousness. As the 40-year-old was not coming out, Nazim Uddin Mazumder (45) rushed inside to check on his colleague. Even he got suffocated in the dark smoke. At last, 16-year-old Samsul Alom Mazumdar, who was employed despite being a child went inside.

Eventually, the locals got to action and pulled out three of the labourers. Salim Uddin died on the spot while Nazim Uddin Mazumdar and his son Samsul Alom Mazumdar were declared brought dead by the doctors of Silchar Medical College and Hospital at 3:30 pm.

Miya Khan, GP president of Tupkhana accused the contractors of gross negligence. “They did not even provide a staircase for the labourers to enter the reservoir and get out it. Instead, they were forced to climb up and down making temporary arrangements. Also, there was no presence of skilled technicians to handle the motor pump. Three lives could have been saved but who cares about poor?” said Khan.