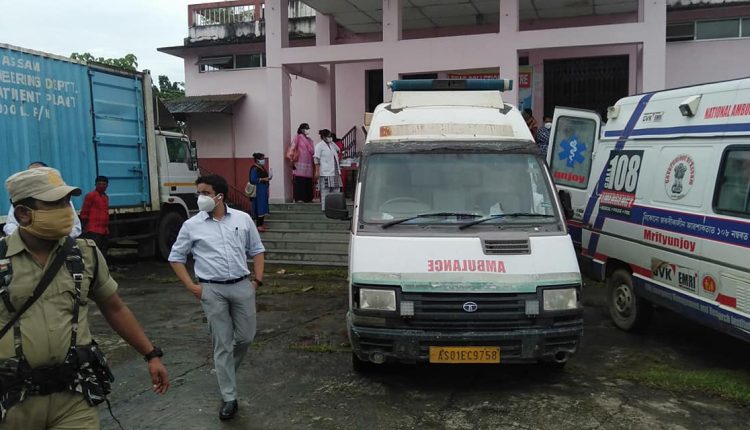 By barakbulletin On July 30, 2020 - 6:30 pm
Share
The Hailakandi district administration has appealed to the people to shun gatherings at mosques and iddgahs during the forthcoming Eid-uz-Zuha on August 1 to contain the spread of novel coronavirus COVID-19 pandemic in the district.

Following the directive from the Home and Political Department, Government of Assam on Wednesday, the administration issued advisory asking religious leaders of all communities to avoid gatherings for prayers and rituals at religious sites.
Deputy Commissioner Megha Nidhi Dahal has made a fervent plea to avoid large congregations at mosques and Iddgahs and to follow the government guidelines of not more than five persons at a time during namaz (prayers) owing to COVID pandemic.
“Amid the pandemic, I appeal to my brethren to offer prayers at home and not to congregate in large numbers at mosques and open fields on the day of Eid. The only way we can get ahead in this fight again coronavirus is by practicing social distancing and preventing mass gatherings during festival time,” said Dahal.
The administration also underscored the need for proper sanitisation of mosques and iddgahs, wearing of masks and maintaining social distancing during the observance of the festival.
It has also urged the religious leaders to come forward with a public appeal asking their followers to avoid visiting mosques and iddgahs and instead offer prayers at home during the Eid festival.
The administration also urged everyone to maintain peace and communal harmony and to remain in a high vigil against certain forces out to create disturbance in the society.
Despite more relaxations announced in the Unlock 3 guidelines announced by the Ministry of Home Affairs, Government of India on Wednesday, social, political, religious and other large congregations are still banned.