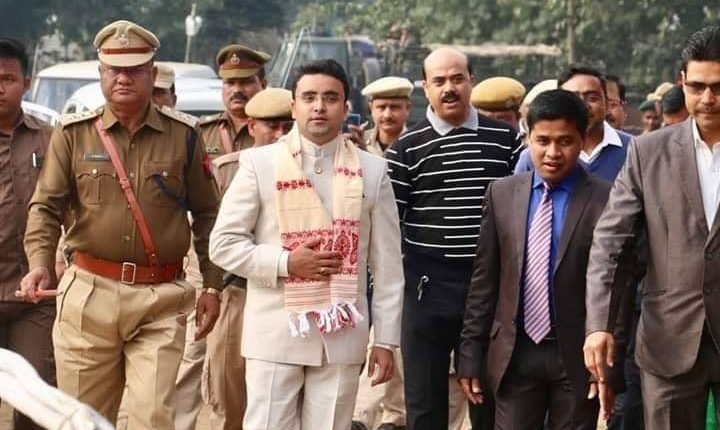 Hailakandi DC Megh Nidhi Dahal became a father today. The administration informed that he has been blessed with a baby boy. The mother and kid both are doing fine.

The deputy commissioner has set an example of leading from the front by choosing SK Roy Civil Hospital’s maternity ward. His wife was admitted to Civil Hospital where she delivered the baby.

“We chose Civil hospital as in today’s time the treatment provided in government hospitals is better than many private hospitals. I have been observing the health infrastructure closely and I know that the Civil Hospital has enough doctors, nurses, and technicians to handle such cases,” said Dahal.

He added, “From the very beginning we had decided that we will undergo the labour process in Hailakandi itself.”

Megh Nidhi Dahal took over as the Deputy Commissioner of Hailakandi on May 9, 2020. He had replaced Keerthi Jalli who got transferred to Cachar as the deputy commissioner. Aged 33, a 2015 IAS batch Officer with BE degree in Information Science and Engineering, Dahal is a resident of Lingmoo Busty, about 30 km from Singtam in the State of Sikkim.