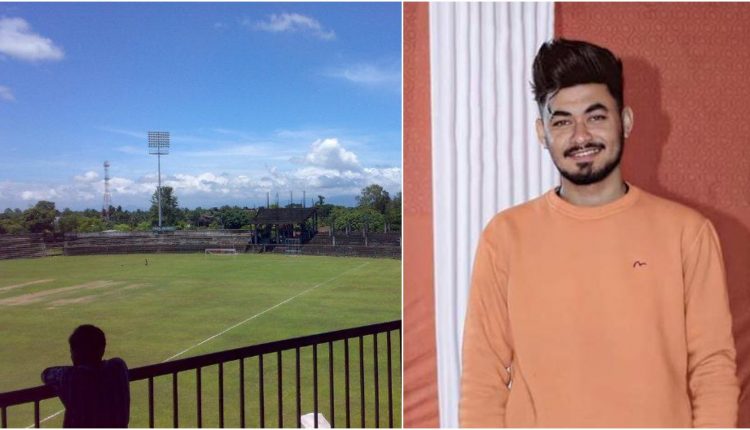 There is a misconception that the youth are immune to the coronavirus infection and thus they need not follow the protocols. Yes, the youth are less vulnerable is less but immune are none. Dibyojyoti Nath who is popularly known as Pappu Nath has breathed his last yesterday at Silchar Medical College and Hospital. He was 26-year-old and had tested positive for COVID19 before death.

He is a Katlicherra resident and had played for the district in both junior and senior level. Renowned sports enthusiast and a former sportsman late Chandan Nath’s son Pappu Nath was admitted on April 22, 2021. According to the information handed over by Silchar Medical College and Hospital, Pappu Nath was admitted to the hospital “With alleged history of ingestion of unknown substance. He was brought in a state of altered conscious with GCS OF 7/15 .
Patient was Rat postive on admission,” stated the medical bulletin.

The bulletin added, “The patient was out of ventilation on arrival as lung condition was bad with sp02 of 89 percent in room air and was semiconscious. After admission, patient was managed as per hospital protocol. Patient had aspiration pneumonitis and had sepsis with AKI and required vasopressors. The condition deteriorated with time and the patient expired on April 30, 2021 at 5.15 pm.”

As per the protocols laid by the State Government of Assam, Pappu Nath’s medical reports will be sent to the State Level Death Audit Board. After reviewing the reports, the board will decide if it is a death due to COVID or comorbidities.