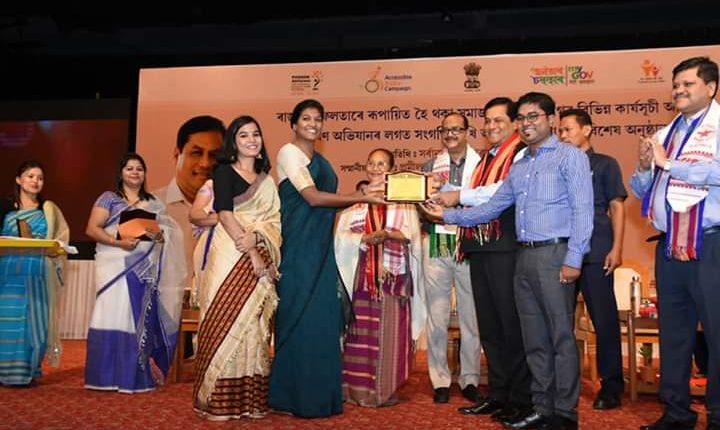 The Hailakandi district administration has won two awards at the Poshan Maah 2019.

A statement issued by the admin stated, “We are ecstatic to inform you that Hailakandi has bagged not one but two awards at recently held State Event on successful completion of Poshan Maah at Srimanta Sankardev International Kalakshetra at Panjabari, Guwahati on 09.11.2019.” 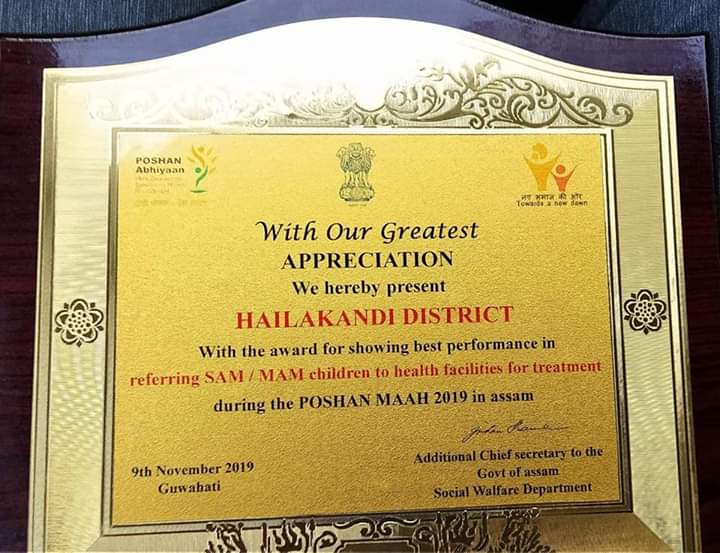 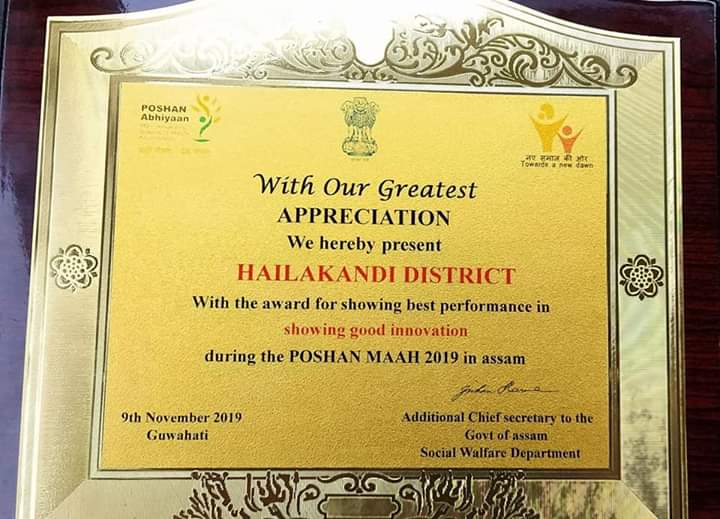 The two awards came over their performance in the category, innovation and addressing malnourished children needs through Health units. DC Keerthi Jalli credited the awards to newly recruited Poshan team, Supervisors, Anganwadi workers and helpers who took the Poshan initiatives to newer heights.

The award carried a citation and a cash prize of Rs 50000/- each and was given away by Chief Minister Sarbananda Sonowal sir and Hon’ble Minister for Social Welfare Pramila Rani Bramha joined by Additional Chief Secretary Jishnu Baruah IAS and State Project Coordinator Poshan and Secretary Social Welfare Hemen Das IAS.