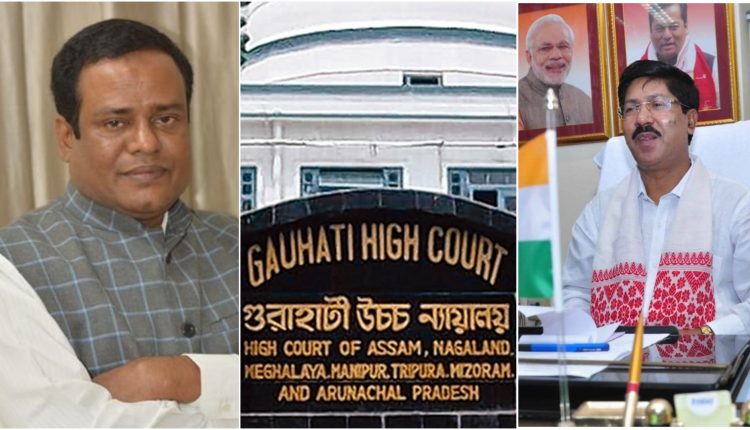 Hearing the election petition filed by former deputy speaker of Assam, Aminul Haque Laskar, Justice Kalyan Rai Surana listed it for September 14, 2021. The petition filed by Laskar claims that the Sonai MLA has misled the voters by disclosing wrong information in his affidavit filed before the Assembly elections.

AIUDF’s Karimuddin Barbhuiya, who won the elections by a huge margin to become the MLA from Sonai stated that his educational qualification is, “BA Passed from Ch. Chandi Charan Singh University in Meerut in the year 2019.” Laskar contests that the degree is fake and thus he moved to the court. On August 4, Karimuddin Barbhuiya’s lawyer prayed for more time. The Court granted time till August 24 to submit a written response to the 100-page petition submitted by Aminul Haque Laskar’s counsel.

“His lawyer submitted a prayer for 4 (four) weeks time make appropriate response. It is projected that the budget session of the 15th Assam Legislative Assembly is commenced on 12.07.2021 and would continue up to 02.08.2021. Although the prayer is vehemently objected by the learned senior counsel for the petitioner, having regard to the fact that notice on respondent no.1 was served on 10.07.2021, taking note of the reason assigned, the Court is inclined grant the prayer for time made by the respondent no.1,” added the order.

The order added, “Calculated from the date of service of summons, it appears that adequate time has already been granted to the applicant to file written statement. Nonetheless, considering the causes shown in the application, time to file written statement is extended till 3 (three) days prior to the next date of listing of the connected El.Pet.1/2021. This interlocutory application stands disposed of.”

This filing of Interlocutory Applications, Aminul Haque Laskar says is an attempt to, “Buy time.” Speaking with Barak Bulletin, Laskar says, “It is good that they have done this gimmick already. Otherwise, they would have done it later. Now that all this is behind us and the  interlocutory applications stand disposed of, I am hopeful, we will have a judgement on the next hearing.”

Justice Kalyan Rai Surana at Gauhati High Court, yesterday ordered, “Respondent nos.1 and 13 (Karimuddin Barbhuiya and Sayal Ahmed Barbhuiya) have filed separate Interlocutory Applications seeking time to file a written statement, which has been considered and allowed in terms of the order passed today in their respective Interlocutory Applications. In view of the current Covid-19 protocol, the written statement by the respondent nos.1 and 13 shall be filed at least 3 (three) days prior to the next date of listing. List on 14.09.2021.”

Aminul Haque Laskar’s camp continues to question if Karimuddin Barbhuiya has passed BA, why is he praying for time again and again. Repeated calls to Barbhuiya did not incur any response.