A healthcare worker was stopped by an unruly mob and asked why he was entering the locality. The incident took place in Silchar town’s Rangirkhari area. He replied saying he collects swab samples from doorsteps on call. That is where the unruly mob that he describes as “Parar Dadara” stopped him and asked him to return. “They said if I don’t go back, I will not be in a position to go and collect samples from any other locality. I had to return without collecting the sample,” he added.

In other localities too, the healthcare workers associated with Government and Private testing facilities face social stigma. “Educated, accomplished people look at us in a manner as if we are criminals walking free. At times we stay on the road for hours together, as we collect samples from across the town. It is a tiresome job and when you witness such horrible reaction coming from the general public, you get demotivated,” added the healthcare worker.

Yesterday, it was the healthcare worker. On May 1, a private lab located in Meherpur was forced to remain shut by the locals. When the scientists and technicians associated with the lab tried to open it, they were told they cannot do it.

Dibascan Diagnostic Centre, is a laboratory is accredited by NABL and approved by ICMR. With the accreditation and approval, the laboratory started its operation last year. It tests SARS-COVID by open system RT-PCR using Thermo Fisher Scientific’s technologies and collects samples from home. 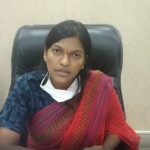 “Would request the public not to give in to rumour mongering and fear psychosis. Public needs quick reports from labs to undertake mandatory procedures,”

The Deputy Commissioner of Cachar, Keerthi Jalli was informed about the incident. “We fully condone such activities and such shall not be tolerated. Police has also visited the lab. Health and auxiliary supporting systems are doing their best to fight the pandemic. Would request the public not to give in to rumour mongering and fear psychosis. Public needs quick reports from labs to undertake mandatory procedures. Private labs aid government labs in reducing that. They are equally important. We all need to fight the stigma behind the disease effectively,” asserted the deputy commissioner of Cachar.

After a hiatus of around three hours, the lab managed to open again. The reports got delayed and the people had to suffer. “It was an unnecessary obstruction. I would like to thank the district administration and Cachar Police for intervening immediately. Due to their timely intervention, we could make the lab operational again. It is my request to the general public when in war do not fight against the warriors. Timely delivery of reports is essential to restrict the outbreak of the virus,” said Dr. Soumitra Dutta, speaking on behalf of the lab.

It is worth mentioning here that there is a bill that protects healthcare workers. The Epidemic Diseases (Amendment) Bill, 2020 was introduced in the Rajya Sabha on September 14, 2020. It amends the Epidemic Diseases Act, 1897.  The Act provides for the prevention of the spread of dangerous epidemic diseases.  The Bill amends the Act to include protections for healthcare personnel combatting epidemic diseases and expands the powers of the central government to prevent the spread of such diseases.  The Bill repeals the Epidemic Diseases (Amendment) Ordinance that was promulgated on April 22, 2020.