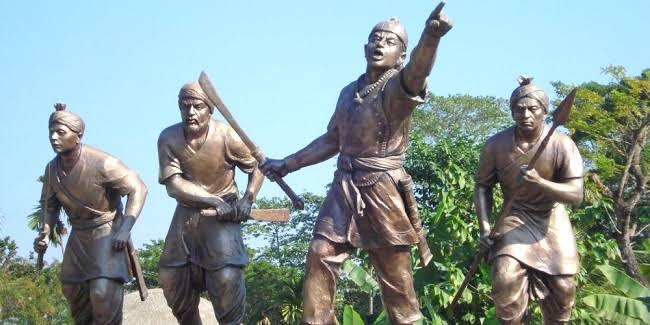 While we all admire and eulogise freedom fighters from pre-independence era like Subhash Chandra Bose, Ullaskar Dutta, Rashbehari Bose, Barindra Kumar Ghose, Prafulla Chaki, Khudiram Bose, Bhagat Singh, Mangal Pandey and their likes, yet there often lie many other historical figures with an equal bravado, who remain hidden in the crevices of dark and about which the country knows very little about.

One such figure is Lachit Borphukan, the great Ahom Chieftain who played a decisive role in retreating the mighty Mughal Army back in the 1671 Battle of Saraighat putting a hault to Aurangzeb’s desire of expanding his empire into Assam. It was one of the greatest achievements of the Ahom kingdom ever and a sheer epitome of tactical brilliance, perfect use of terrain, guerrilla warfare and intelligence gathering. Infact, Assam was the only state in India which defeated 17 successive attempts of Mughal invasion. Today on his 398th birth anniversary we are going to shed some light on his life and notable works.

Lachit was born on 24th November 1622 to Tai Ahom father Momai Tamuli Borbarua and mother Kunti Moran in Gargaon (present day Sivasagar) which was the capital of Ahom Kingdom, geographically located in the present day Brahmaputra Valley. His father was the Commander-In-Chief of Ahom Kingdom under Prataap Singha’s reign. As a child, Lachit grew up acquiring proficiency in humanities, indigenous scriptures of Ahoms and warfare which made him competent enough to be an able leader.

As the Mughals sought to expand their empire they met with adversities from various small kingdoms in India but had to lose ultimately due to large number of soldiers, advanced weaponry and no mutual relationship between the small kingdoms. They followed an aggressive expansionist policy and after winning kingdoms edged near the northeastern part of India in the early 1600s. The strategic importance of Guwahati and Brahmaputra Valley was well known to them which is considered as the Gateway of North East till this date. It also serves as a corridor to other countries like Myanmar, Bangladesh and Bhutan. 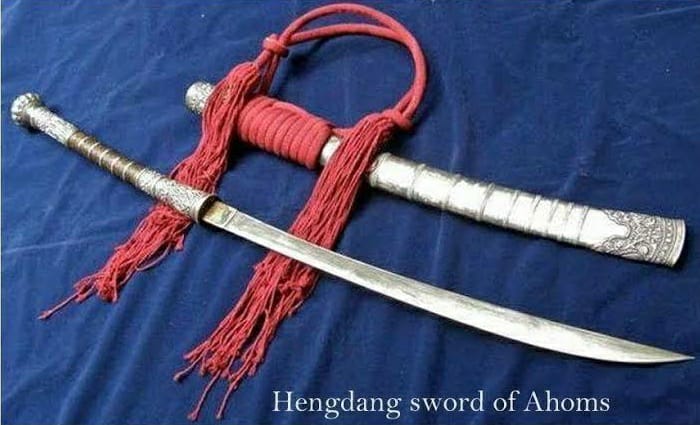 After a few brief conflicts with the Ahoms, the Treaty of Asurar Ali was signed between the Mughal faujdar Allah Yar Khan and the Ahom general Momai Tamuli Borbarua (Lachit’s father) on February, 1639, following a decisive Ahom victory over the Mughals at Duimunisila on November 1638. According to the treaty, the boundary between the Mughals and Ahoms was fixed on the Barnadi River in the northern bank (utarkul) of the Brahmaputra River and the Asurar Ali in the southern bank (dakhinkul), believed to be the present Rajgarh Road in Guwahati.

After Aurangzeb became the Mughal emperor he tried to recapture the Ahom kingdom with the help of Mir Jumla, the Mughal Viceroy at Dhaka. In 1661, he marched with a big army making the Ahoms face a humiliating defeat and captured their kingdom. This made the Ahom King Jayadhwaj Singha sign a treaty which gave away their kingdom from Guwahati to the Manas River and he died soon afterwards. The Mughals might have thought they took over Assam but little did they know it would culminate into a fierce battle for regaining control over the lost land with an abled leader skilled in wars. 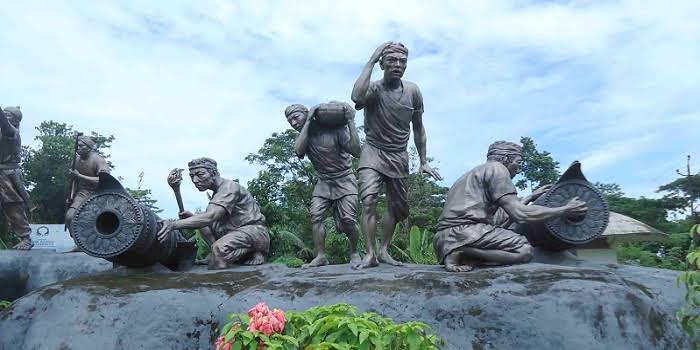 After Chakradhwaj Singha became the Ahom king he tried to regain the kingdom’s lost land. This time Lachit was made the Borphukan (commande-in-chief) for the war by the king and offered him a sword with a golden handle called hengdang (a traditional Ahom weapon). He regained control over Guwahati but he knew that the Mughals were preparing for a counter attack. They came back with a mighty 30,000 infantry, 15,000 archers, 18,000 Turkish cavalry, 5,000 gunners and over 1,000 cannons. On a regular battlefield, it would have been next to impossible to defeat the Mughals but Lachit was wise enough and he used the land’s geography to his advantage.

On the night before the battle, Lachit ordered an earthen wall to be erected by his maternal uncle in a single night for blocking the roadways so that the Mughals would be compelled to march ahead through the Brahmaputra river as the Ahoms were excellent naval fighters. But his uncle somehow showed negligence in his duty. Lachit was infuriated so much at this that he took out his sword and beheaded his uncle by saying the well-known words “dexot koi mumai dangor nohoi” meaning my uncle is not greater than this country. 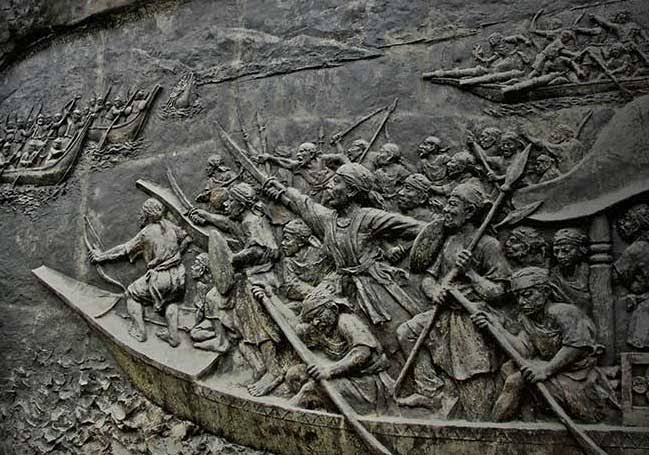 The Mughals were well acquainted with land battles but a naval battle was something out of the box for them. At one point in the battle Lachit fell terribly ill so much that the Ahom soldiers thought of abandoning the battlefield as he was someone who couldn’t be substituted. Hearing them, Lachit said “If you want to flee, flee. The king has given me a task here and I will do it well.”

He didn’t fight for religion or his own glory but he fought for his land, his own people and that is what made him win the battle against Mughals. The determination, perseverance, intelligence, statesmanship, valour and bravery shown by him was unrivalled for centuries to come.

Ever since 1999, the best cadet of NDA is conferred a gold medal in Lachit Borphukan’s name. At a time when our land is being encroached upon by neighbouring states, Lachit Borphukan is someone whom we can look upto and learn a lot from.