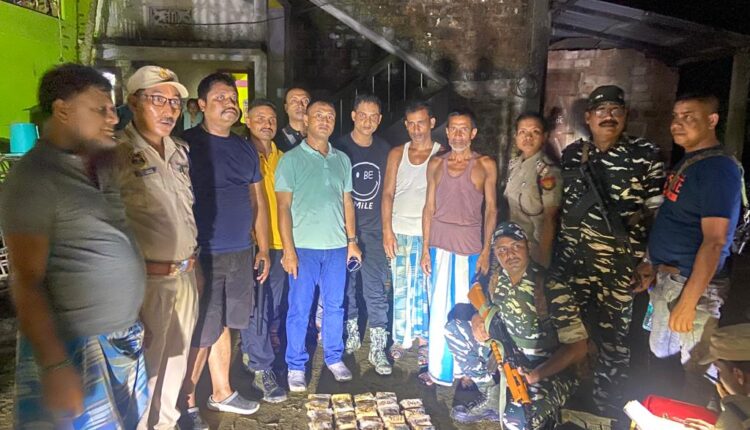 Heroin worth more than 5 crore was recovered by the Karimganj police on Sunday evening. The heroin which weighed 690 grams was found inside soap cases, from Patharkandi in Karimganj. The operation was led by Additional SP HQ of Karimganj, IPS Partha Pratim Das, based on a confidential source input. The drug was found in a bag which was hidden inside a remodelled cylinder while being transported. 2 individuals have been arrested in this case, while the main accused has managed to run away before the police could reach his home.

This is a new technique of hiding and transporting drugs, said the Additional SP, who led the operation. The total weight, 690 grams of heroin was found inside 49 soap cases, which are commonly used by peddlers to transport such narcotic substances. But this time, the peddlers tried to outsmart the police and hid the soap cases inside a remodelled LPG cylinder. According to the police information, the market price of the confiscated drugs is said to be above 5 crores. According to our last received information, two individuals were arrested in this connection, while the prime suspect is still at large. 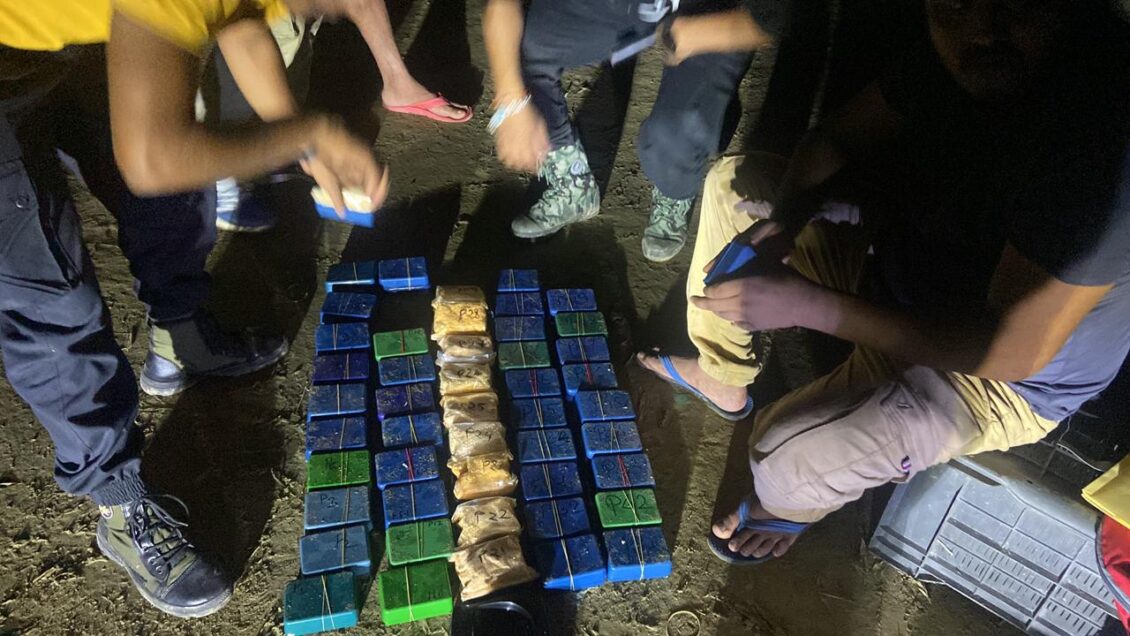 Speaking with Barak Bulletin correspondent, IPS Partha Pratim Das about this operation said, “Last night there was a snatching incident in the area under Patharkandi PS. Based on input from our source, we have got to know that one individual was trying to escape after snatching drugs from two other peddlers. While the team from the local thana was informed, they reached there to stop the vehicle from escaping. Upon seeing the police, the prime suspect left the car and escaped from the police at night. Upon investigating today, by my team, we could arrest two of the individuals in this case. One was the driver of the van which was used in transporting the drug and another peddler named Nazeem. But the main suspect, who was in possession of the drugs, was still in hiding and had managed to escape from the spot”.

Today when the operation began with the team, the third peddler was identified and his residence was located by the police. Before reaching there, the suspect managed to escape his home and run away. About this whole chase, the Additional SP of Karimganj said, “The third peddler is Jamil and his home was located in such a place that he could see any vehicle coming from far away. So when he saw the police vehicle approaching his home, he ran away and switched his phone off. But he made one mistake and switched on his phone again, but immediately switched it off. But it was enough for us to locate and run after him. But even after searching for a long time, he was not found. While in the chase, he dropped his bag which had the drugs”.

The IPS officer also told us that the bag containing the drug was hidden inside a cylinder that the peddlers remodelled. When the bag was found it smelled like gas which gave the police the hint. The cylinder, which is a new technique to smuggle drugs was unknown to the police until today. It was filled with foam to make it soundproof and less suspicious. “The main accused, Jamil, will be arrested soon”, said Partha Pratim Das.