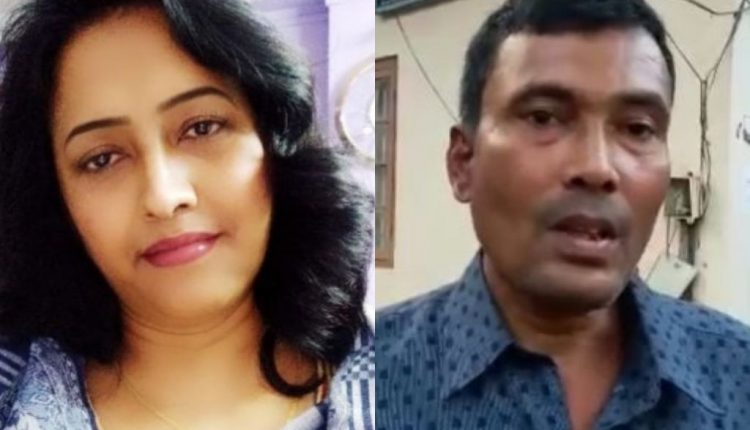 Atashi Dutta Tarafder was employed as the senior assistant (Borobabu) in Election Office as deputy commissioner’s office in Silchar. The proprietor of a printing press in Tarapur alleged that Atashi was refusing to clear his bills worth Rs 2,50,000 unless he paid her a bribe of Rs 95,000 which she agreed to receive in three installments. He informed the same to the vigilance team in Guwahati and the CBI. The CBI forwarded the proprietor’s complain to the anti-corruption department and the officials there found the allegations credible after thorough vetting.

A team of nine members, two DSPs- Jitendra Chakraborty and Moushumi Das, two Inspectors- Lakhi Narayan Barman and Anukul Malakar, two computer experts and three constables conducted the operation on March 28, 2019, and caught Atashi Dutta Tarafdar red-handed while accepting the first installment of Rs 30,000. She was then temporarily suspended by then deputy commissioner of Cachar, Laya Madduri. The operation was captured live by many television channels and web publications. All big dailies reported the incident in great detail, however, as an astonishment, the government or the Police failed to prepare a charge-sheet.

This poses questions on Government’s “Zero Tolerance” policy. It also creates a lot of fear for the proprietors who decide to take the fair route and deny bribe. Now, Atashi Dutta Tarafdar will respectfully get her chair back, but will the printing press get the tender? Will another proprietor dare to deny bribe or help the administration in unearthing the corrupt? Who should people who advocate fair play go to?

Situation getting worse in Assam University; A student was about to slit his wrist to write "VC resign" with blood