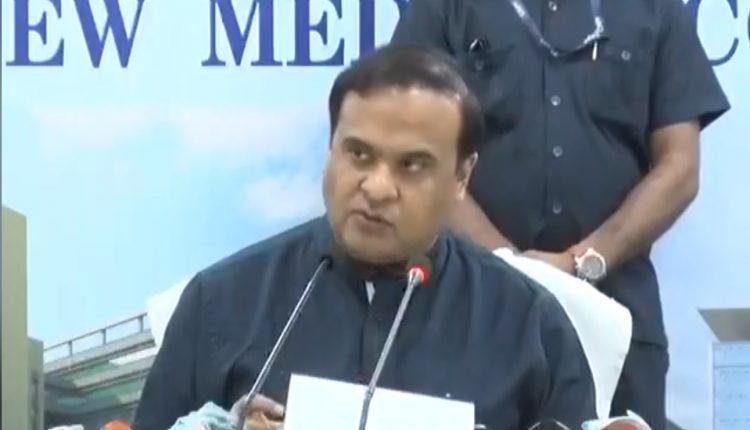 It’s an early Christmas in Assam. With elections just a few months away, Finance Minister Himanta Biswa Sharma has donned the hat of Santa Claus. While briefing the press earlier today, Sarma announced a set of projects which are certain to leave the residents of the state grinning.

Sarma, who is also the Education, PWD and Health Minister of the state announced that nine new women’s colleges will be built in the state. Of these, one each will be constructed in Cachar, Karimganj, and Hailakandi. Barpeta, Nagaon, Darang, Goalpara, Bilasipara, and Golakganj will also get women’s colleges. For the implementation of this project, Sarma said Rs 303.3 crore has been earmarked.

The state’s education and finance minister also announced the establishment of 10 new law colleges. He said Silchar will get one of them and the remaining will be built in Diphu, Dibrugarh, Tezpur, North Lakhimpur, Rangia, Bilasipari, Tihu, Raha, and Jorhat. An allocation of Rs 33 crore has been allocated to fund this project.

The government has approved the proposal to establish four new medical colleges in the state. Sarma during his press conference informed that three medical colleges will be set up at Bishwanath Chariali, Charaideo and Goalpara respectively. Mahendra Mohan Chowdhury Hospital in Guwahati will be upgraded to a medical college. “It will be the largest medical college in the whole of East India. 2500 crore will be allocated for this program,” informed Sarma.

The Finance Minister also informed the press about the government’s decision to set up six undergraduate colleges. New degree colleges will be set up at Dumduma in Trincomalee, Barchala in Sonitpur, Majuli, Chirang, Udalguri and Baksa.

At today’s press conference, the finance minister also announced the relaxation of some restrictions imposed earlier. Distribution of the MLA Area Development Fund will be resumed. However, seminars and conferences remain prohibited. No one other than the Chief Minister can travel in executive class. Ban on foreign travel and meetings at a five-star hotel also stays.

Besides, the finance minister also announced the development of several roads. This includes the Kalain-Khambar market road.