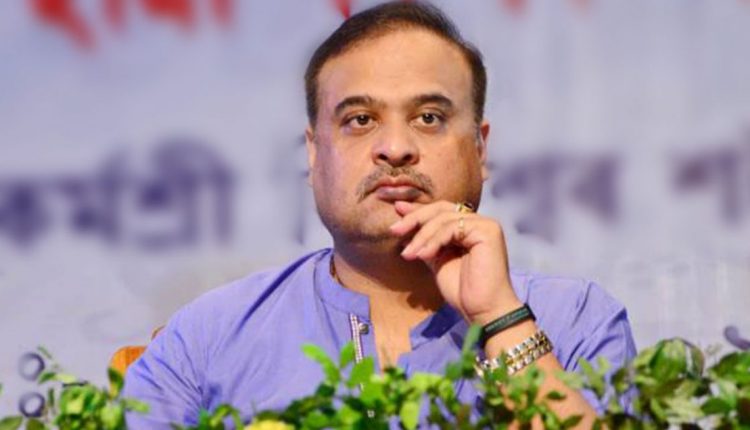 It was a shocking scene. The candidate whom Himanta Biswa Sarma campaigned for, the one for whom he walked miles before the general elections to Lok Sabha, the one who eventually won the Karimganj MP seat, Kripanath Mallah was on stage and Sarma’s words were shocking.

Finance, Health and PWD minister of Assam, Himanta Biswa Sarma was at Karimganj, speaking at an event organised to celebrate the 100th year of Rabindranath Tagore’s visit. Sarma stretched his hands to point towards the newly elected MP, Mallah and said, “In the development work done at a tea estate in Ratabari, which is MP’s own constituency, there is corruption, which is easily visible through naked eyes. Now, if in MP’s own constituency corruption continues who will stop it elsewhere.”

The Sarbananda Sonowal government repeatedly mentioned that they do not differentiate Barak – Bramhaputra when it comes to development. Despite Assam Government sanctioning funds to improve the condition of roads and develop the valley, not much has changed on the ground. The road condition remains abysmal, the potholes are common phenomenon all throughout including the highways which are considered the lifeline of not only Barak Valley but many other neighbouring states.

Sarma added, “Bramhaputra Valley or Sarbananda Sonowal government is not responsible for the lack of development in Barak Valley. But the corruption going on in the valley is, and Barak Valley itself is responsible.” Sarma was not mincing his words and the North East Democratic Alliance chief made it clear that actions will be taken against those who are “filling their bank accounts by stealing government money.”

A video has surfaced on social media where Sarma was seen interacting with the locals in Barak Valley. Many of the locals started complaining about the horrible road conditions and said to him that it was mended overnight as the local MLA got to know about Sarma’s visit. Sarma was seen smiling in the video while looking at the road and he said, “Quality of the work done overnight cannot be good.”

The conversation between locals and Sarma continued, locals asked, “Whenever we go to the MLA, he says the department (PWD) does not listen to him, now you are boss of the department, you tell us where should we go?” Sarma heard them with patience and replied, “Local MLA must take responsibility and take care of the roads.”

Before leaving Barak Valley he said that more Rs 350 crore will be sanctioned for the development of Barak Valley, but the people of Barak Valley must ensure that the fund is used properly. He urged the mass to tweet tagging him whenever they spot corruption. He also asked the concerned department to ensure that the work on VIP road connecting Udharbond to Silchar gets done by March 2020.