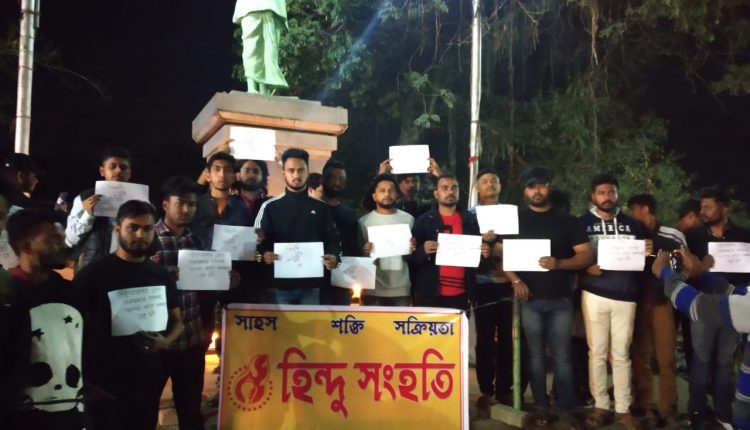 By barakbulletin On February 14, 2020 - 8:01 pm
Share
On Friday, around 40 members of the Hindu Samhati gathered infront of the Khudiram Bose statue at Club Road, Silchar to mark the one year of the dark day of Pulwama attack where more than 40 CRPF Indian jawans of our Nation achieved martyrdom.

The members lighted candles below the Khudiram Bose statue and condemned the heinous terrorist attack by the local militant of Jaish-e-Muhammad in Pulwama. While speaking to the media, Subhasish Choudhury, member of Hindu Samhati, urged the public to stand united against the Jihadi and anti-National elements that are constantly trying to tear apart the integrity of the boundary of the Nation. 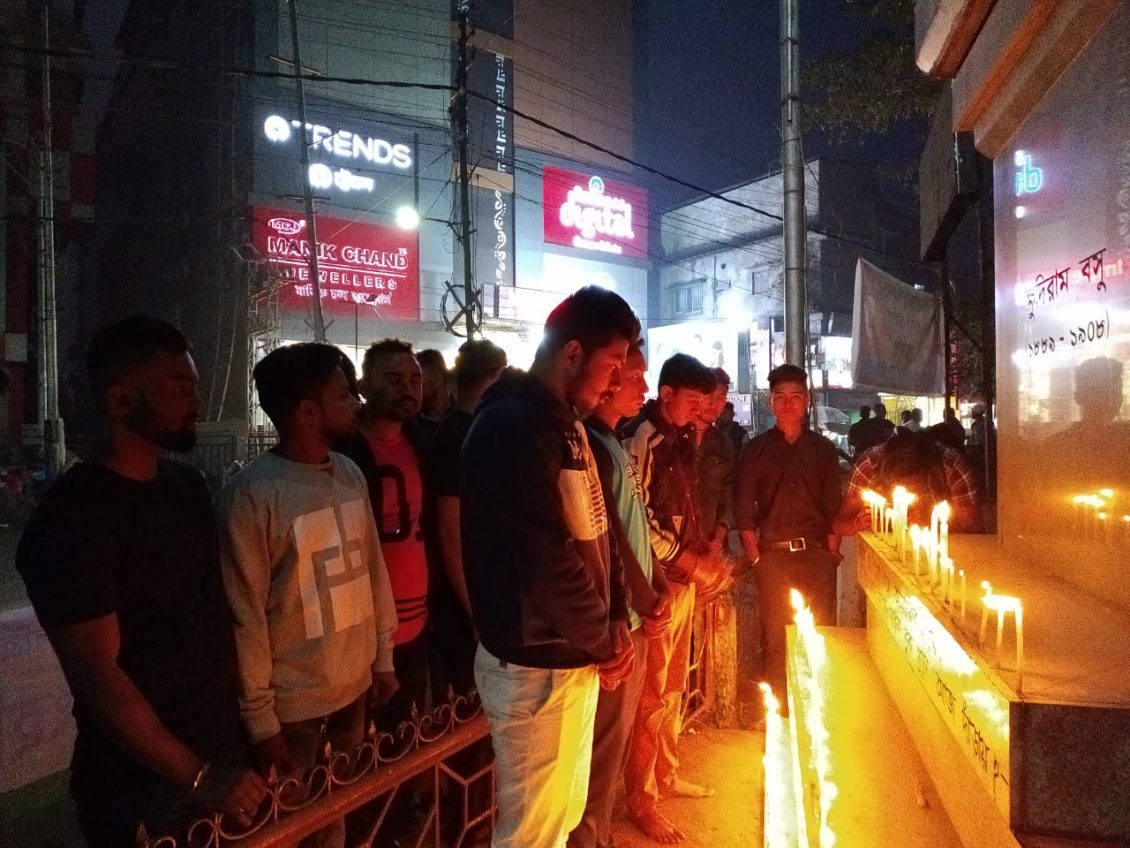 Choudhury said, “What we need to learn from Pulwama attack is the mode of extremism and hatred that is pushed against the Indian union by certain ideologies and organisations. The CRPF convoy attack is just the tip of the greater danger possessed over this union by the anti-National and foreign forces. We need to stay vigilant and also provide moral support to our forces in every level possible.”
The organisation also asked the people to light a candle or diya in their house in memory of the CRPF jawans who made the supreme sacrifice while serving the Nation at the line of duty.
On asked if people still remember the massacre, Subhashish Choudhury said, “Not exactly. We don’t see the same amount of outrage anymore. People dissolve away the losses until and unless those losses are on their personal level. This is sad and disheartening. Love for security forces shouldn’t drop with the passage of time and the sentiments need to stay alive because the threat is equally alive and so also the struggle of our forces.”

"The fee-hike issue, now, has crossed JNU, went beyond and is knocking at our doors," writes Ujjayita Chowdhury