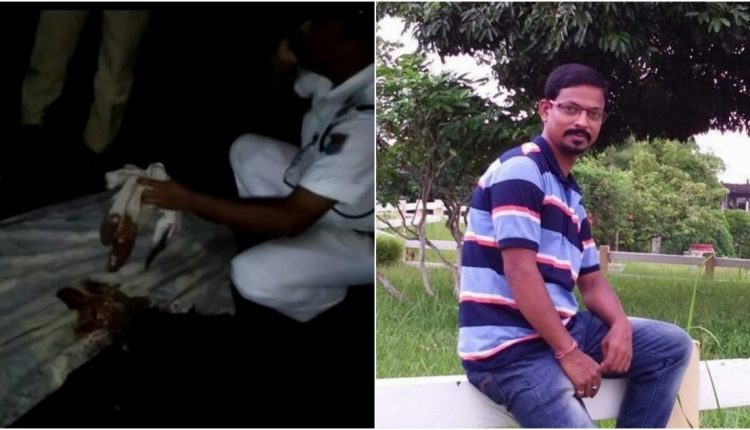 In a tragic turn of affairs, young journalist Malin Sharma lost his life in a road mishap. As per available information, at around 11:05 PM, reporter Malin Sarma was heading towards Tarapur after covering an event near India club. Eye-witnesses informed us that as he reached near the fire station, a truck/tripper ran over his scooty leaving him dead on the spot. The truck driver accelerated and managed to escape successfully.

Malin Sarma was a reporter associated with Barak Television Network. The news of his death shocked the entire fraternity and many journalists immediately rushed to the spot. A senior correspondent associated with a daily broadsheet said, “It is one of the worst days for the fraternity. When we reached there, we saw his mangled body lying on the ground. It was a shocker.”

The journalists blocked the road and started protesting against the irrational driving of truck drivers. They alleged that many of the truck drivers do not have a valid license and they drive the way they want.

“Today, the mistake of a driver took the life of a young man. We stopped the trucks and asked Police to check their driving licenses. The drivers stopped their lorries and started running away as none of them had a valid license. Our question is, why is administration allowing drivers without licenses to enter the town and kill people in this manner,” asserted another senior journalist. There was a long queue of trucks following the road blockade.