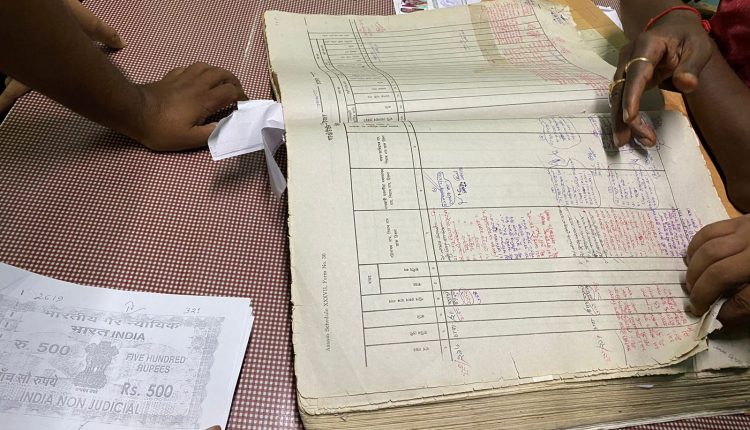 Kuti Miya Barbhuiya was combating Cancer. The Meherpur resident has three sons and a daughter. They would all accompany him to Cachar Cancer Hospital each time he needed medical assistance. He lost his battle in January 2020, at the hospital. His children went to Silchar Settlement Office in July 2021, to register the plots of land owned by Kuti Miya Barbhuiya against their names. “We were shocked to learn that my father was no longer the owner of 3 bighas (60 Katha) agricultural land,” says Shahjahan Hussain Barbhuiya.

“When we sourced the documents from Settlement Office, we found out Ainul Haque Laskar was listed as Kuti Miya Barbhuiya’s son and he signed the power of attorney to Haridas Sinha who sold 17 katha to Tarapur resident Rakesh Sharma. What we find more astonishing is that, according to Settlement Office documents, my father died in 2018. He was alive and under Cachar Cancer Hospital’s treatment. In fact, we have several prescriptions and discharge slips that prove he was alive in 2018 and only died in 2020,” adds Kuti Miya’s sons.

According to them, they don’t have any Ainul Haque Laskar in their family. “How can Ainul Haque Laskar become son of Barbhuiya. This is a basic apprehension and yet, the entire plot of land was handed over to this fake-non-existent brother of mine,” Shahjahan further questions.

Haridas Sinha got the power of attorney from Ainul Haque Laskar in May 2018. He sold it to Rakesh Sharma in March 2019. The deal was facilitated by Morib Amrul Haque Laskar and Patowary Anupam Chanda. After learning about the discrepancies, Barbhuiya family lodged an FIR at Silchar Sadar Police Station. They have also submitted a complaint to Deputy Commissioner of Cachar Keerthi Jalli and Settlement Officer, Jessica Rose Lalsim. 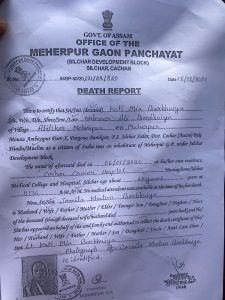 “Nothing happened so far. One Dilip Bhattacharjee from Settlement Office said he will charge Rs 5000 to visit the plot. They goofed up and handed over our plot of land to someone else based on some forged documents and now they are charging us money to come and visit for inspection. We have got little or no help from the Police too. In front of our eyes, we see documents claiming that my father is no longer the owner of the plot and it has been sold to someone else. We are helpless and we have been cheated. All we want is a thorough investigation and transfer of land’s registration,” says son of Kuti Miya Barbhuiya.

The plot of land is located near Kathal Road. The valuation of this three bigha plot will be in crores as it is adjacent to the new bypass. If the documents shared by late Kuti Miya Barbhuiya’s sons stand the scrutiny of law, then this is a huge land scam unfolding under the nose of Cachar administration. Moreover, a scam of this scale cannot be executed merely by brokers. It needs corrupt officers inside to turn this into a nexus. The nexus that the chief minister of Assam aims to uproot. The question, however, is will the Police dig deep knowing that they might end up exposing skeletons within their own cupboard. 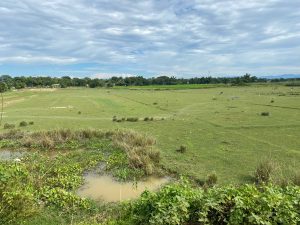