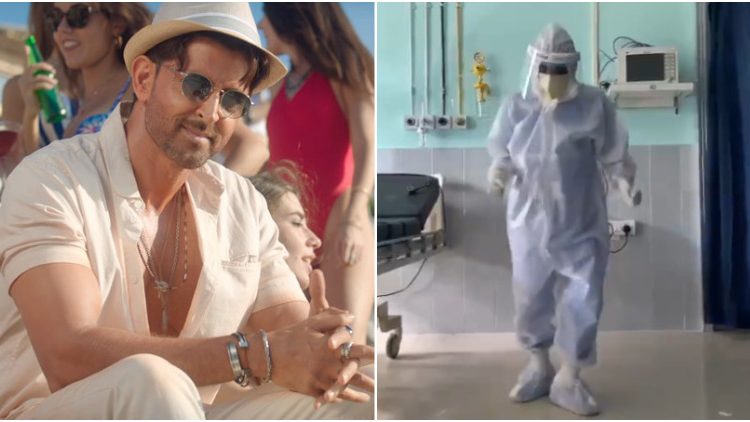 While the video has received more than five thousand retweets, what’s special is that Bollywood actor Hrithik Roshan himself shared the post. Lauding the young doctor’s efforts, the superstar wrote, “Tell Dr Arup I’m gonna learn his steps and dance as good as him someday in Assam. 🕺🏻 Terrific spirit .

Tell Dr Arup I’m gonna learn his steps and dance as good as him someday in Assam . Terrific spirit . 🕺🏻 https://t.co/AdBCarfCYO

Dr Arup Senapati is also interestingly a fan of Hrithik Roshan. He told Barak Bulletin that Hrithik and Michael Jackson has been his inspiration from childhood.

Netizens from then have been applauding the doctor’s dance skills and also his spirit of making his patients smile. Dr Senapati not just found new fans on social media users but actors like Richa Chadha, Anup Soni, Rohit Roy, Zeeshan Ayyub, Vir Das and journalist Faye Dsouza among more also reposted. Many called it the ‘best thing on the internet’, ‘best start to the week’, others also added that it made them smile.

In a cute manner, some media users have also been rightly pointing out that similar to the song, Dr Senapati’s face shield also ‘toot gaye’ (came off).