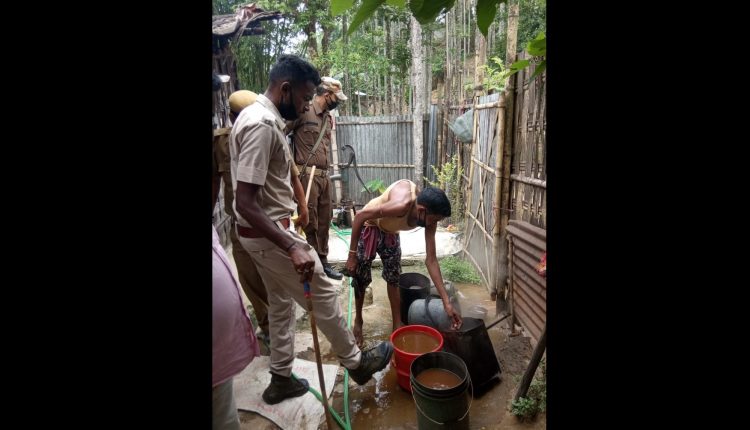 In continuation of the drive against illicit liquor, joint teams of police and excise department conducted raids on illicit distilled (ID) liquor and fermented wash in several tea gardens in the district and destroyed 20 litres of illicitly distilled liquor, 260 litres of fermented wash, 25 kgs of molasses and four sets of distilling apparatus on Wednesday.

The Inspector of Excise Surendra Nath Barman disclosed that during the raids conducted at Bondukmara, Pakicherra and Kanchanpur tea estates, illicit distilled liquor, fermented wash and molasses were seized and destroyed while one person was arrested.

“We are going to continue with the raids. Anyone found guilty will be prosecuted,” Inspector of Excise, Barman said, adding that search is on for more persons involved in the illegal activity.