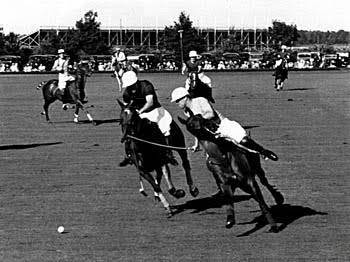 I am Silchar, I too have my stories of joy and sorrow. Here is my history

I am Silchar, your favourite city. I have grown by inches and inches. But how much do you know me? I have seen many ups and downs in my life just like any ordinary person. Seldom you’d think of my history, my glorious history. So today, I am going to talk about my past which you all residing in me, should know –

I got connected via rail in the year 1899. Even that day, you all used to ply in metre gauge trains till mega block was initiated for broad gauge. What nostalgia it is! It was the contribution of British which made rail link possible. Before the introduction of railways, waterways was the medium of communication for one to reach the outside world. The clue of which one can get from the name Sadarghat.

The reason why you can find my name in various record books of the world is because of Polo Club. Yes, the first Polo Club in the whole world was established in my lap, in the year 1859.
Now the place which you all know as Police Parade Ground -Town Club – India Club, there rode the Sahebs. They rode on horsebacks with polo sticks on my chest. This Club was established by the efforts of the then Assistant Deputy Commissioner Joe Sherar.

155 years ago, the first High School was established in 1863 with the initiative of Reverand William Prize. You all call this school by the name Government Boys Higher Secondary School now. After 19 years, a school solely for girls was established. The founder of this school was not any Saheb, but a true native Indian named Bhorot Chandra Bhattacharya.

According to the historians, in 1905 my area was 2.4 square miles. At that time, there were 98 lamp posts on the road that were raised upon me. No, it was not electric lighting. Workers of Municipality used to light up those lamps before sunset. I was first electrified in the year 1929. To provide drinking water for your ancestors, there were three ponds and four wells.

In 1910, the first car was introduced on my roads. Earlier, people used to travel from one place to another with a palanquin or a horse, or with cow carriage. Cycles and rickshaws came much later, Quit India Movement was going on in the whole country during that time. The fare for a mile was three annas. You all must be thinking it was so low, but actually, it was quite expensive back then.

Not just polo clubs, I have many other stories to narrate which makes my history a glorious one. Dignified personalities visited me. I was blessed to have the Father of the Nation Mahatma Gandhi as guest. He came on August 27, 1921. The next day, he had a meeting in Fatak Bazaar. If you still go there you can see the memorial plaque of the meeting. Mahatma Gandhi spent two days in the Chanda Bhavan of Ukilpatti, which you all have demolished now. The Swadeshi School, now known as Dinnath Nabakishore Girls’ Higher Secondary School was blessed with Gandhijis’ footsteps. He went to the school, sat in front of the students and started weaving with the Charkha.

There are many more, Jawaharlal Nehru also came and stayed in the same Chanda Bhavan. In that Chanda Bhavan stayed Netaji Subhash Chandra Bose twice. In April of 1938, Netaji came to me for the first time from Kulaura for a meeting. Oh! how can I ever forget the day when Netaji was greeted with bouquets by people at every nook and corner of the City! For the first time he came as the President of the Congress, The next year he came as the Chairman of the Forward Bloc Party.

Although poet Rabindranath Tagore did not come, he touched my neighbor Badarpur and went away. But I am very much present in his poems and novels. If you read the “Sesher Kobita” of Kabiguru you will find me –

Gurudev also wrote a rhyming poem on me –

Oh! one thing I forgot to tell all of you is how my name became Silchar. Actually, there are different opinions on this issue. However, scholars say that as I emerged as a town on the banks of the river Barak, due to the ‘Silarashi’ (Bengali word meaning stones) spread across the ‘Chor’ (Bengali word meaning bank) I got my name Silchar.
It was 1942, World War II was going on. On 18th May, I trembled as the Japanese bombarded me with their fighter planes. The bomb was dropped somewhere near the Derby Tea Estate. Overnight, almost everyone left me and ran towards the villages. I was almost alone, a panicked city. Of course, it was only for a few days.
Slowly and gradually I expanded, waters of the Barak river kept flowing, a metaphor which can be compared with life i.e. progress. I have more stories to tell you. Will tell you rest of my stories some other day, if you all are interested in knowing my history.