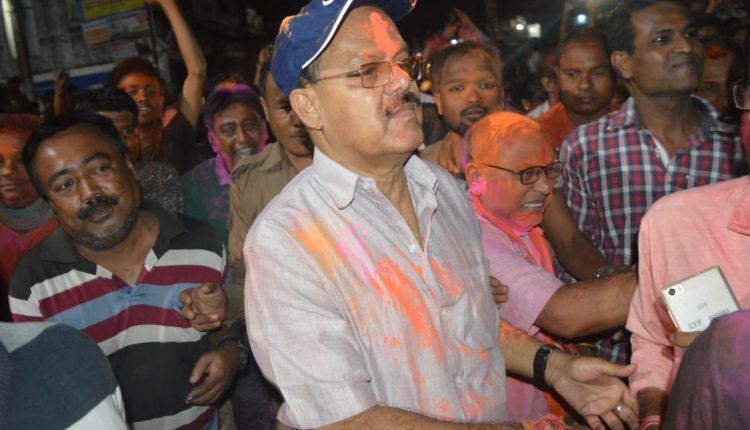 "I have resigned from Congress, will join BJP in the next couple of days": Gautam Roy

Putting an end to the series of speculations,  former minister in the government of Assam and veteran Congress leader, Gautam Roy confirms he has officially resigned from the party. In a telephonic conversation with Barak Bulletin, Roy stated that he will officially join BJP in the next couple of days.

He has also given a detailed interview to a regional news channel. He said, “My father was a Congress leader. I have been an active member of Congress all my life. But the party has changed and it has lost its purpose. I don’t have anything against anyone in Congress. It is just that I feel time has come for me to join the BJP.”

Roy added that under the leadership of Prime Minister Narendra Modi, BJP is working for the benefit of the mass and not only the Hindus. He said, “I can see the development in Barak Valley, it is far improved than what it was during the Congress and UPA regime.”
When Roy was asked if he would like to contest the upcoming Assembly election in 2021, he replied that he has not thought about it. “If there are able candidates in BJP ready to contest, why will I go from outside and take someone else’s spot. I like the people leading BJP in Barak Valley at this stage and I would like to work with them for the larger benefit of people,” Roy added.
It is worth mentioning here that Roy was seen celebrating after BJP was elected in the 17th Lok Sabha. He raised Jai Shree Ram slogans and distributed sweets among people. Today, he said that the people of Katlicherra, who elected him as an MLA time and again are now working with BJP. He even mentioned that the cadres who were responsible for Congress’ victory in the past are now in the BJP so for him it is more working with the same people in a different party.
AssamBarak ValleyBJPCongressGautam RoyNarendra Modishift to BJPSilchar
Share