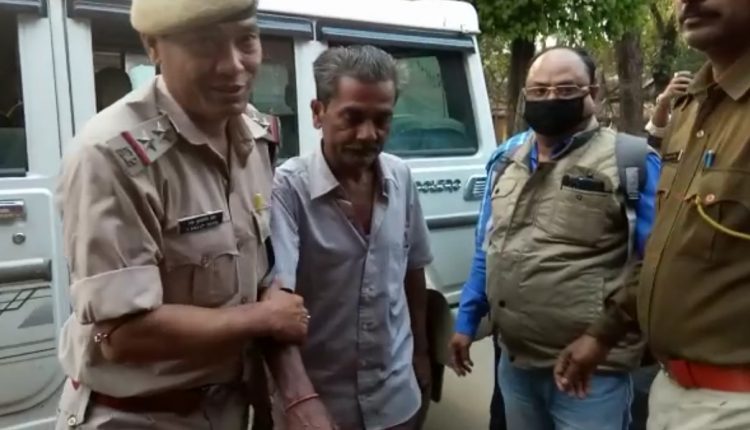 "I voted for Lok Sabha elections in April and I was locked inside detention camp in May 2019," Jaydev Ghosh after release

Badarpur ST Road resident, 50-year-old Jaydev Ghosh gets released from the detention camp located in Silchar Central Jail after spending nine months in the lockup. The Gauhati High Court ordered the Superintendent of Police (Border) Karimganj to present Ghosh in Foreigners Tribunal where he could avail for bail.

After Jaydev Ghosh’s mother, Bina Rani Ghosh signed a bond and gave security of  Rs 10,000 Jaydev Ghosh was released today from Silchar Central Jail. In 2009, Jaydev Ghosh, his mother Bina Rani Ghosh, brother Sudeb Ghosh, father Birendra Kumar Ghosh were served notice stating they are suspected to be foreigners living illegally in India and they must prove that they are citizens of the country and living legally by furnishing all necessary documents.
“My father died in 2004 and so it was just not possible for us to present him to the court. However, Bina Pani Ghosh, Sudeb Ghosh, his wife furnished all the documents and were adjudged as Indians,” said Deepak Ghosh, brother of Jaydev Ghosh. “In the case of my elder brother (Jaydev Ghosh), the date to submit a written statement was fixed on 15, 11, 2017 and he preayed for an extension as his son was diagnosed with blood cancer and was critical,” informed Deepak Ghosh.

Advocate HRA Choudhury argued in the High Court that the Jaydev Ghosh was not given enough time to present his case. The court after hearing Choudhury said, “In view of the above, we set aside the impugned order dated 8,8, 2018 with direction to the petitioner to appear before the Foreigners’ Tribunal 3 Karimganj on 03 03 2020 as the petitioner was taken into custody on 02. 05. 2019 and is presently lodged at Silchar detention camp, in this situation we direct the  Superintendent of Police (border), Karimganj to make arrangements for production of the petitioner before the Foreigners Tribunal III Karimganj on 03. 03. 2020 on such production the petitioner may make an application for bail along with documents in his support.”

The order added, “If such application is filed the same shall be considered by the Tribunal and necessary order for bail be passed on terms and conditions that may be set down by the Tribunal. It is expected that the Tribunal will fix the next immediate date within a reasonable time enabling the petitioner to file written statement and documents. We make it clear that at any rate the proceedings before the Tribunal shall be concluded within a period of 60 days from 03. 03 2020.”

Activist Kamal Chakraborty was again the messiah. He guided the Ghosh family by getting all the necessary details. “His mother is Indian, his brother is Indian, in fact, his wife is Indian and he has been sent to the detention camp by the Foreigners’ Tribunal. It is clear that the FT does not care about justice, all that matters to them is the number of people they are sending to the detention camp. Higher the number more is the possibility of getting a promotion,” said Chakraborty.

Jaydev Ghosh after his release said he was a victim of injustice. “I am poor and for me it is not that easy to afford a legal battle. I went the court twice, first time I pleaded for an extension and then second time the FT Member was on leave. After that, my son got diagnosed with blood cancer and I was busy getting him treatment. My son died and during that period I missed my dates,” he said.

Adding, “The way they pushed me inside the detention camp is both unjust and inhuman. A police official on his motorbike reached out to me and said that I must travel with him to sign an NRC document. Being an innocent human being, I agreed to travel with him. He first said we are going to my brother’s store and the suddenly took a turn towards the police station. The official then suddenly pulled my hand behind my waist and tied them. Moments later, I was in the lock-up and then I was sent to the detention camp in Silchar.”

Jaydev Ghosh’s release today brings forward another case of inhuman treatment by Indians to Indians for India to remain only and only for Indians.