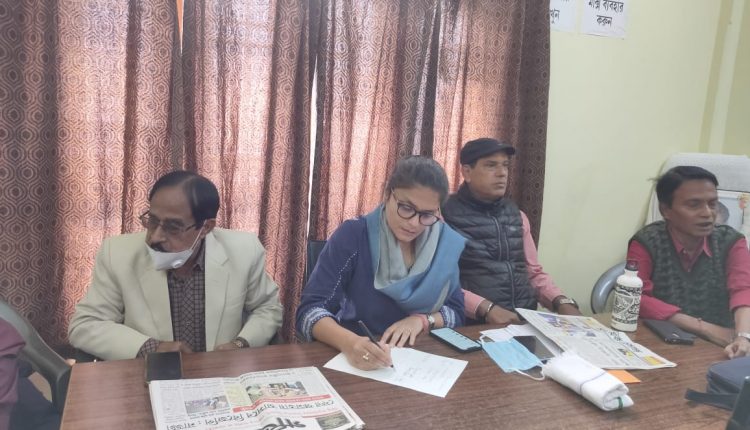 "If BJP forms government again, get ready with documents and money to prove you are Indian," Sushmita Dev

The All India Mahila Congress president and former Silchar MP, Sushmita Dev took a jibe at BJP president JP Nadda’s speech in Silchar. Nadda boasted about Assam Movement standing in Barak Valley, something that very few leaders dared to do in the past.

Simply because “Barak Valley was not a participant of the Assam Movement and the primary motive of that movement was to uproot and decimate Bengalis,” said Sushmita Dev. However, JP Nadda, without any hesitation, ignored local sentiments and went on to say that it was the BJP that took the Assam Movement at a national level.

In the same ‘Vijay Sankalp’ (meeting) which Nadda said is pronounced as Vijay ‘Hankalp’ in this part of the country, again ignorant of the official language of the locality, NRC was also addressed (not by Nadda). “It is clear from JP Nadda’s speech if BJP forms government in Assam, Bengali harassment 2.0 will begin. BJP leaders also mentioned another NRC, it is my appeal to all the Bengalis living in the state, if you vote BJP to power, get ready with documents and money to prove you are Indian. Despite having all the documents, your citizenship will be kept hanging in the air,” said Dev.

Chief Minister Sarbananda Sonowal also addressed the massive gathering in Police Parade Ground at the same event. The former Silchar MP questioned the CM on his own slogans and promises. “The CM said Assam government will build five bridges on the river Barak. In the last five years, Barak Valley got just two pillars. He raises slogans about safeguarding the interests of Barak Valley. He went to Dholai to inaugurate a bio-diversity park, a little ahead is Lailapur, he did not dare to visit that piece of land in Assam which has been encroached by Mizoram, nor did he speak about the encroachment. Such is the hypocrisy of this government,” said Dev.

While at yesterday’s press conference, Sushmita Dev was going all guns blazing against the government of Assam and BJP, she herself has been attacked by her own party members. Senior Congress leaders called her a pawn of Himanta Biswa Sarma and said she is batting for BJP. Responding to those allegations, Sushmita Dev said, “There are committees to vet such allegations. We need to judge the fairness of such criticism. I know the list of people who knocked on the door of BJP and returned disappointed. It will be a waste of my time if I keep discussing them. I am in Congress with my heart and soul and will devote myself to uplifting the morale of grassroots in these tough times.”