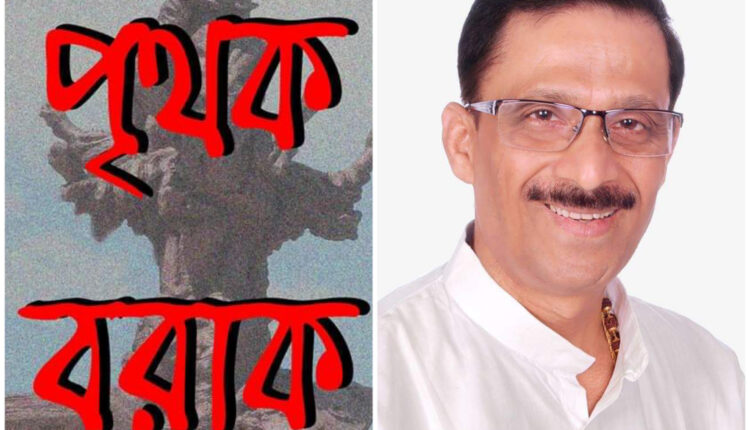 "If initiative is taken to recognise Kamtapur as separate state then same should be done for seperate Barak State": Pradip Dutta Roy

Some media outlets in Assam have reported that intiatives are being taken to recognise Kamtapur as a separate state. The newly surrendered KLO Chief Jiban Singh is said to have been flown to Delhi in an army helicopter and talks are underway with the Central Leadership regarding Kamtapur state mediated by the Assam Chief Minister, though the Chief Minister has denied it. Barak Democratic Front Chief Convener Pradip Dutta Roy said that if initiative is taken to recognise Kamtapur as a separate state or Union Territory, then the long standing demand for a separate Barak state should be recognised as well.

In a press meet held today, the BDF chief convener said that states like Meghalaya and Mizoram have seceded from Assam one by one as they did not accept Assamese hegemony. Similar demands for statehood are being raised from many other regions of Assam including Boroland. Only the Bengalis of Barak Valley believe in harmony, so this demand for a separate Barak state has not been so strong in the past. But the people of this Valley, suffering from continuous deprivation and discrimination, are now seeking the right to self-determination. Therefore, the demand for separation from Assam is getting stronger from many quarters.

Dutta Roy said that the Dimasas too have been continuing their agitation for Dimaraji state since the last ten years. Recently a Dimasa organisation has also held a meeting in this regard. Their proposed separate state map also included Barak Valley’s three districts. The Dimasa leadership is interested in raising this demand jointly with BDF and has held preliminary discussions with them. He said that if the Dimasa leadership is really interested in this matter, then they have no objection to proceed based on the consensus of both the parties. In that case, a demand maybe raised for a separate state with Barak Valley, Dima Hasao and Karbi Anglong. But it needs to be configured on the basis of extensive discussion and consensus. Transparency and clarity are essential throughout the process.

Dutta Roy said that it is important to know and understand people’s opinion before reaching any decision. So he appealed to everyone in Barak for thinking about this matter.

Convener Hrishikesh Dey informed this news in a press release on behalf of BDF Media Cell.