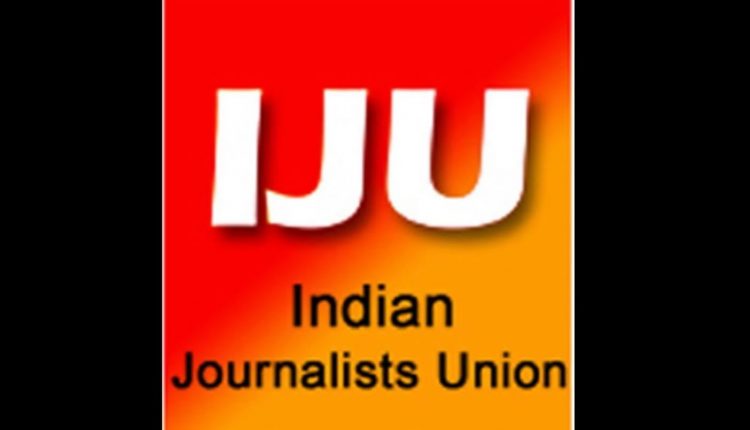 Hyderabad, 5 December 2021: Indian Journalists Union (IJU) expresses concern over the slapping of sedition charges against a journalist from Assam’s Barak Valley and urges the authority to withdraw the case against Anirban Roy Choudhury.

The Silchar-based editor of digital outlet Barak Bulletin faces sedition charges over an editorial and the young scribe has been summoned by the police to be present at Silchar Sadar Police station on Monday morning, following an FIR, lodged by Santanu Sutradhar of
All Assam Bengali Hindu Association.

“It is shocking that the news portal editor has been booked under sedition charges targeting his freedom of expression guaranteed by our Constitution. There are other laws to deal with such issues, but no way it should go with sedition,” said IJU president K. Sreenivas Reddy and secretary general Balwinder Singh Jammu.

The complaint was filed on 2 December claiming that the editorial comprised elements to hamper the cordial relationship between the Bengali speaking residents of Barak Valley and the Assamese community in Brahmaputra valley of Assam. Considering the sensitivity of it, he
protested against the scribe’s public support to Pradip Dutta Roy, who is presently under judicial custody.

Dutta Roy, the convenor of Barak Democratic Front, was arrested on 27 November last following his ultimatum to replace Assamese language hoarding in Meherpur with a Bengali one as mandated by Assam Language Amendment Act 1961.