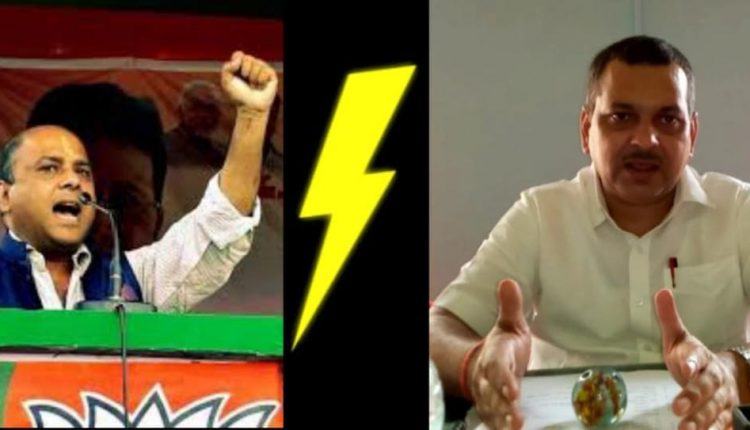 In an astonishing manner, from the stage of a public event, Silchar MP and the general secretary of Assam BJP Rajdeep Roy declared that Aminul Haque Laskar will contest again from Sonai constituency.

The district president of Cachar BJP, Kaushik Rai did not even attend the event. His close associates said he is busy preparing for the visit of Union Minister Nitin Gadkari later this month. But Rai was seen in other events with Silchar MLA Dilip Paul.

According to the political analysts in Cachar, Rajdeep Roy, Kaushik Rai and Aminul Haque Laskar have always been a team. Sometimes, Dilip Paul failed to be a part of the cozy trio but the three of them remained together to form a strong core for the party. However, there seems to be some tremor.

When asked about his absence when Rajdeep Roy announced Aminul Haque Laskar’s candidature, Rai dodged the question. A more specific follow up got a very subdued response. “I don’t know what MP Rajdeep Roy said, but the candidates are always declared by the central committee of the party. I am not aware of any such declaration,” said Rai.

Rajdeep Roy’s declaration was reported by all the portals yesterday and today it made headlines in each and every newspaper. Yet Rai missed reading about it?  Or is he intentionally staying away from making a comment on this?

Sources in the BJP have been saying that Kaushik Rai and Rajdeep Roy are now poles apart. Apparently, the root of this despair is the Lakhipur Legislative Assembly Constituency and at the heart of it is Rajdeep Goala. The Lakhipur MLA has been expelled from Congress and the NEDA chief Himanta Biswa Sarma has confirmed to Barak Bulletin that Goala will join BJP. Formally that has not happened yet.

Kaushik Rai was a favourite to get ticket from BJP to contest from Lakhipur but Rajdeep Goala stands on the way. In the dual, Rajdeep Roy seems to be siding Goala and that might have irked Rai. Though Goala has not joined BJP, he has been spotted attending public meetings with Rajdeep Roy.

In fact, the MP himself posted an image with MLA Rajdeep Goala. Along with the image, Roy posted on Facebook, “Attended the 81st NUPI LAN day (the day which marks the Manipuri mother’s fight against the British imperialist in 1939) function at Lakhipur organised by the Meira Paibi organisation of my constituency. May the gutsy female folks of the Manipuri society follow in the footsteps of their predecessors!”

“An MP and an MLA can attend a public event together. Reading too much into it would be an amateur analysis,” opines a professor of Political Science in a college in  Barak Vallley. The professor wished to remain anonymous, but added, “A seasoned politician like Rajdeep Roy will never announce the name of a candidate without keeping the party president JP Nadda, State president Ranjeet Dass and other senior leaders in the loop.”

So, is Kaushik Rai losing his strong foothold in the party? Everything does not seem to be all right within the party that decimated Congress five years back.