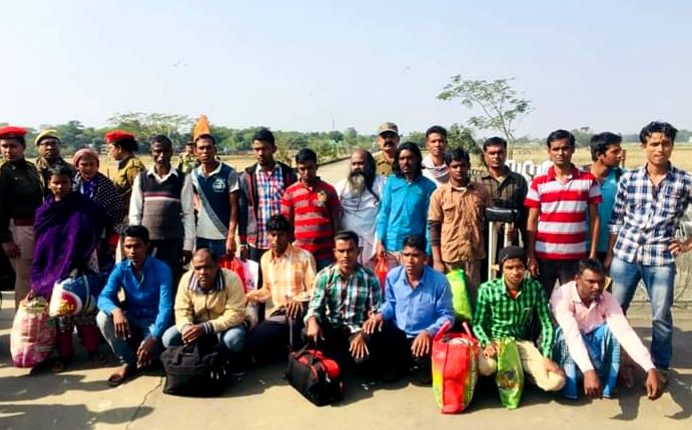 According to reports, those 21 including two women Bangladeshis were imprisoned at Silchar Central Jail after they were nabbed for violation of immigration Act. Reports also suggested that 15 Bangladeshi nationals were detected in Karimganj, while the other 6 were detained from Cachar.