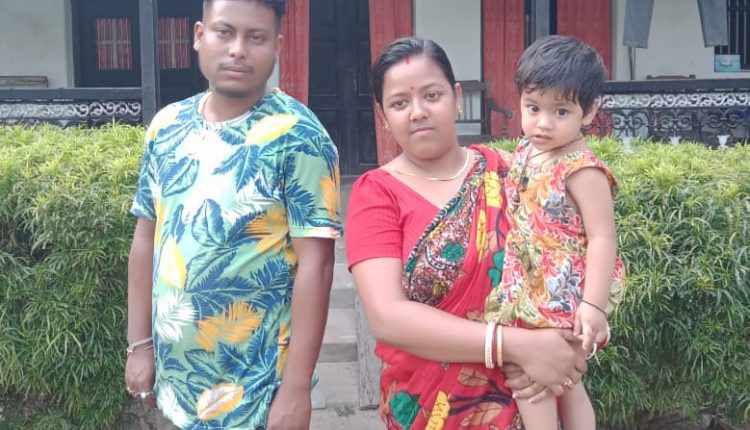 She went to visit her father’s ancestral home in Bangladesh after 20 years. But then got stuck there due to the expiration of Visa. Reason- Corona imposed Lockdown.

Its more than two months, Chanda Devi, along with her two daughters, son-in-law and granddaughter is stuck at relative’s house on the other side of the border. What to do, how to return back to her own country – India, how long they have to stay in Bangladesh, they are surrounded with uncertainty all around them.

It was fixed from their side that after fifteen days they would return home through the Zakiganj border. But on March 26, the Bangladesh government declared a lockdown for the first ten days, while in India, a lockdown was declared for 21 days from March 24. As a result, public life in both countries came to a standstill and passenger crossings at the international border were closed indefinitely. The visas of five of them expired on April 11.

They got trapped and are still at their relative’s house in Kayasthagram of Fenchuganj Upazila of Sylhet division.

However, the matter was not given importance from the office to date. The family of Chandana Devi is still waiting for the officials to reply. L Krishnamurthy, the Assistant High Commissioner in Sylhet, Bangladesh, has been accused by the family of not giving any assurance as to when their application will be validated by the Indian Assistant High Commission or whether they will be repatriated through a travel permit issue.

Despite frequent phone calls to the Assistant High Commissioner over the past few days, he has been accused of ignoring the issue. The family later contacted Sujan Dev Roy, a journalist from Karimganj, after seeing the rescue and repatriation of a woman named Purabi Mahaldar from Jessore, Bangladesh, who went missing five years ago.