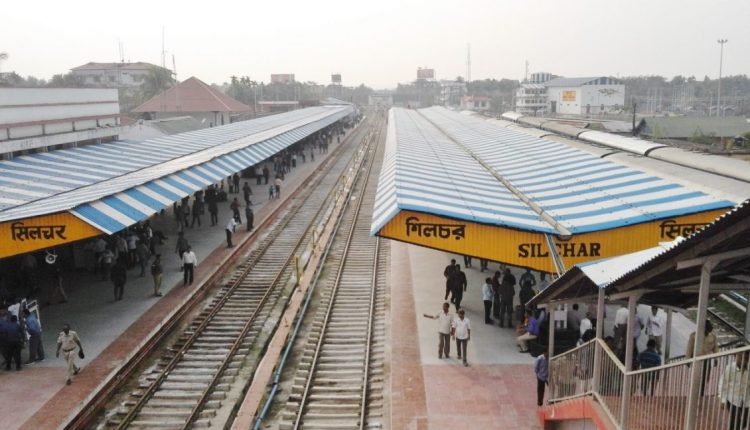 Proposal for a Railway division in Barak Valley is a very old local demand. The breakthrough moment arrived in February 2014 when Railways announced to set up a division at Silchar considering the enlargement of the rail network in the region and its future development. But soon after this announcement, the issue faded to oblivion nothing happened on-ground.

But now, what comes again is a ray of hope. The Railways has formed a committee to study the feasibility of setting up a division at Jammu, Gulbarga, and Silchar which were announced 5 years back in 2014.

According to the news agency PTI, a committee comprising of senior railway officials has been given the mandate to analyse and review afresh, the feasibility, financial implications, administrative issues, infrastructural availability for creating the new divisions and submit a report by the month-end.

“According to an internal document of the railways, the cost of infrastructure for creating a new zone is around Rs 205 crore while creating a new division will cost the national transporter around Rs 29 crore. These figures exclude extra costs of relating to creating or upgradation of posts, transfer, posting of staff and other such expenditures.” reads the news story.

Currently, Jammu is under the jurisdiction of Ferozpur division of the Northern Railway zone, and if Jammu becomes a division it will be the first rail division in Jammu and Kashmir. Gulbarga in Karnataka is in the Pallakad division of Southern Railway and Assam’s Silchar is in Lumding division of Northeast Frontier zone.

The Indian Railways’ operations are currently divided into 18 zones, which are further sub-divided into divisions, each having a divisional headquarters. There are around 70 such divisions functioning across the country.

Former Minister of State of Railways, Manoj Sinha once replying to a question at Lok Sabha said that New Zones and Divisions of Indian Railways are set up keeping in view various factors like size, workload, accessibility, traffic pattern and other operational/ administrative requirements, consistent with the needs of economy and efficiency. “At present, there is no plan to set up new divisions on Indian Railways, except those with headquarters at Gulbarga, Jammu and Silchar, which were announced in February 2014,” Minister said in the reply in August 2015.

Being a rail division would mean more employment in the region, more development and better train services.