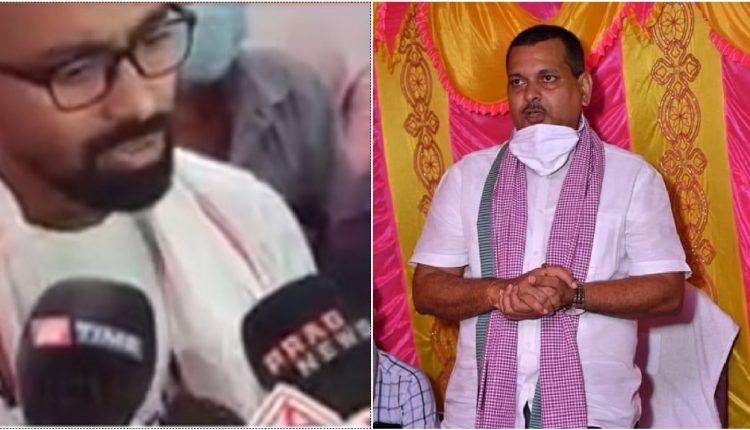 Infighting in Bharatiya Janata Party’s Cachar unit became evident when the members rebelled against the district president. A few days back, the members of the party questioned Kaushik Rai’s role in various syndicates that allegedly exists.

“How is a party’s district president building properties worth crores, where is the money coming from?” they raised the issue holding a press conference a week back.

Yesterday, BJP temporarily suspended four party-workers who rebelled against the district president. Signed by General Secretary of State BJP, Rajdeep Roy, the letter served to the four of them states that based on the allegations that they have been involved in anti-party activities, the state president Ranjit Dass has decided to temporarily suspend them from the party.

The letter also called for an explanation as to why further disciplinary actions must not be taken against them. This has been served to Soumitra Nath, Bappa Sen, Tirthankar Debroy and Anandi Bhattacharjee.

“We have never spoken against the party. The youth of Barak Valley are not getting any job and all outsiders are filling those positions. If we raise this issue, how is it working against the principles of the party?” Tirthankar Debroy questions the explanation call and says he will not take his words back.

“As responsible karyakartas, it was our duty to expose the corrupt in the party. These corrupt position-holders are working against the principle laid by the honourable Prime Minister Narendra Modi and Chief Minister Sarbananda Sonowal. It is strange that the party high command is not taking action against these corrupt position-holders who are enhancing their bank balance and building properties worth crores. Instead, they are asking for an explanation from us,” Debroy added.

Debroy said that the party is setting the wrong precedent by questioning the integrity of those who are working selflessly. “The party is great and is built on a strong foundation. The state leadership is leaving a wrong impression by aligning with the corrupt. And, why are the youth of Barak Valley not getting state government jobs is a legitimate question. Asking this cannot be termed as working against the principle of the party,” Debroy added.

It is worth mentioning here that a fire broke in the under-construction multi-storey building of Kaushik Rai just a couple of days after the press conference from rebels. Rajdeep Roy is currently in Delhi, and if the party takes further action against the four of them remains to be seen.