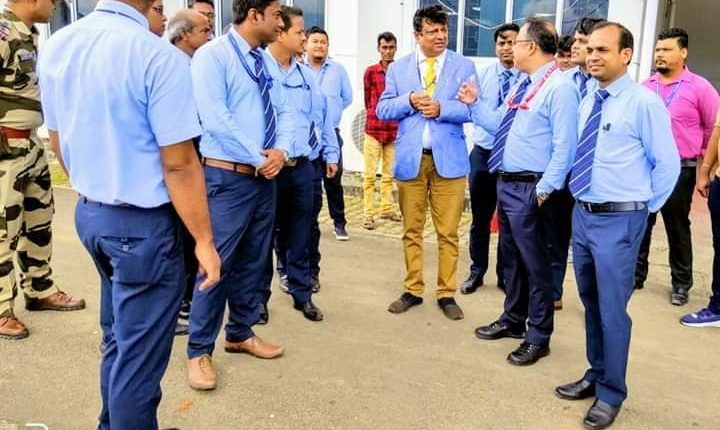 By barakbulletin On August 10, 2019 - 10:41 am
Share
International airport in Silchar – a dream that soon might turn true. One of the most experienced officers of Airport Authority of India, executive director, AAI, Sanjeev Jindal visited Silchar yesterday. Jindal looked around Kumbirgram Airport following which he informed the gathered press that a team from the headquarters of AAI will visit Silchar in August to finalise the land and other essentials to get the International Airport project rolling.

Jindal was the first Airport director of Kushok Bakula Rimpochee Airport, Leh, the highest commercial airport in India and has immense experience of handling cloud bursts and natural calamities, something that could be a problem in Silchar too. He said that for international flights to land and takeoff successfully a three-kilometer-long runway and an airstrip spread across four-kilometers is the mandatory minimum which is not there in the Kumbhirgram Airport. However, Jindal added that even after the new airport is ready for air traffic, the existing airport will continue to function for Cargo and Indian Air Force.
As per sources, Khoril tea garden located under Dolu Post Office and Borkhola Police Station is AAI’s most prefered land to set up the new international airport in Silchar. Officials have also shortlisted a few other spots and Jindal informed that the final decision will be taken by an expert team which will visit Silchar later this month.
AAIAssam NewsBarak NewsDoluInternational AirportSanjeev JindalSilchar AirportSilchar News
Share FacebookTwitterWhatsAppEmailLinkedin
You might also like More from author
News