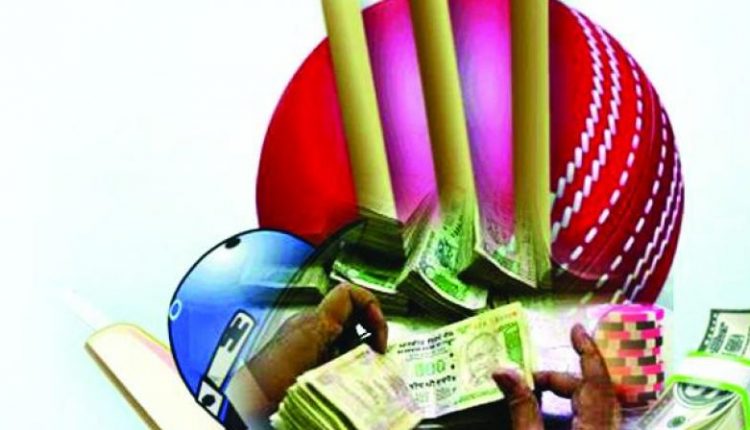 The Indian Premier League (IPL) has been recently suspended due to the ongoing second wave of the covid pandemic. The Board of Control for Cricket in India (BCCI) has suffered huge financial losses due to the postponement of the tournament. However, not only the cricket board but also the country’s cricket gamblers have suffered huge losses due to the suspension of IPL all of a sudden. The same is true for all gamblers in and around Silchar.

Gamblers have lost millions of rupees as a result of postponement of IPL. IPL gambling was rampant in an atmosphere where the whole country was struggling to cope up with covid pandemic. Gamblers were amassing a huge wealth this time than in the last few years even amidst the financial crisis. IPL gambling was going on in Silchar in a high-tech manner. However, as the tournament was postponed in the middle, the gamblers got perplexed.

Before the start of IPL, gamblers took advance payments from customers. They received millions of rupees as advance payment for betting which team would be the champion, who would be in the first four places and which team would be in the last place in the points table. The money was sent to the bosses in the big cities of the country by the gamblers from here. But now that the tournament has been postponed, they have to payback the money to the customers from their own pockets as has been known from a few sources.

Like every year, IPL gambling was held in different places of Silchar. But this time the event was high-tech. Small gamblers submitted their audit reports to their bosses everyday. Accordingly, they used to get their payments. But as the tournament has been postponed, those small gamblers are more at loss now. There are also gamblers who received their payments online.

Before each match, the gamblers would let the customers choose which team would win and who would win the toss, they would also let the customers chose a target for four sessions of runs every five overs. Customers were also given a target to assume how many runs a team would score at the end of twenty overs. Gamblers benefited the most from this type of gambling. IPL gambling was rampant in Ashram Road, Rangpur, Chengkuri Road, Rangirkhari, National Highway, College Road, Tarapur Ramnagar and Das Colony. Despite all this, the police did not catch a single of them so the gamblers were doing good business. Millions of rupees were being earned in every match but as the IPL was postponed in the middle, the gamblers are now in a shamble. All the rest of the money including advance payments have to be returned now.