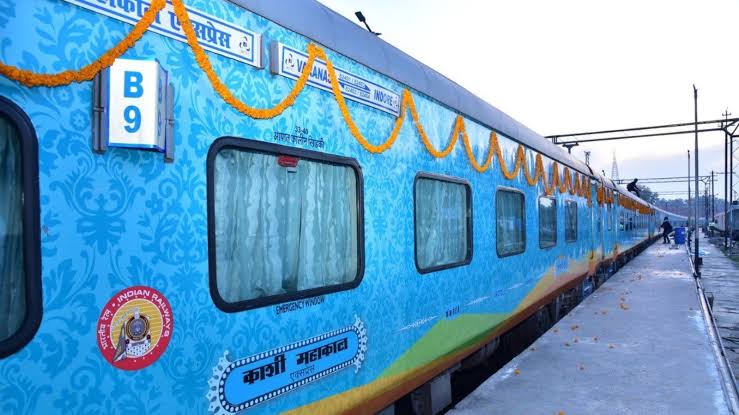 IRCTC regional manager (Guwahati) Madhav Shah on Friday said that the trip is scheduled to commence from Silchar Railway station on March 4, 2022 and to facilitate the tourists from Tripura it will make halt at Badarpur station.

Besides sleeper coach, three tier AC coach will also be available for the comfort of the passengers.

Vaishno Devi Mandir is a Hindu temple located in Katra at the Trikuta Mountains within the Union Territory of Jammu and Kashmir.

The train will halt at Katra for 2 nights for visit to Maa Vaishnodevi shrine followed by halt at Amritsar for visit to Golden Temple and Jallianwalabagh, Wagah Border.

Following the huge demand among the people for this circuit, IRCTC has relaunched this same circuit to Mata Vaishnodevi and Amritsar for the third time, Shah said.

The ticket fare for the sleeper coaches will be Rs 10,395 per person including food and other onboard essential services while Rs 17,325 per person has been fixed for 3 AC travelers, which will be concluded on March 14 at Silchar again.

To facilitate the on route tourists of Assam and North Bengal the train will have scheduled stoppages at Guwahati – New Bongaigaon – New Cooch Behar – New Jalpaiguri – Katihar for passenger boarding.