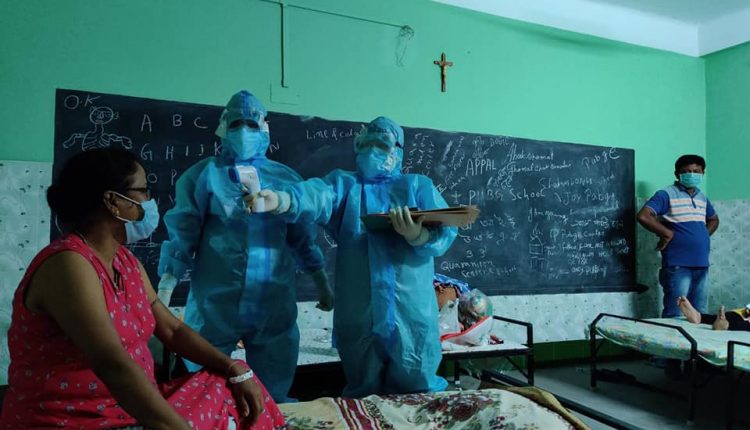 The third wave of infections is hitting its peak in Assam. As the state gets submerged in celebrating the festivities, the number of tests done per day has reduced significantly. Due to this, the positivity rate has shot up manifold.

According to the National Health Mission, Assam, 222 samples tested positive in the Cachar district on January 14. 48 of them on RT-PCR and 174 on RAT kits. Cachar remains the district with the second-highest caseload in the state of Assam. Kamrup Metro is at number one in terms of case-load with 870 cases.

The positive sign in the wave of fresh cases is that the rate of hospitalisation remains low. 42 patients are currently admitted to the COVID wards of Silchar Medical College and Hospital and out of them, two are in the ventilator. 11 patients are on Oxygen support. Dr. Bhaskar Gupta, vice-principal of Silchar Medical College and Hospital (SMCH) informed that the hospital has not reported any death related to COVID in the last 24 hours ending at 5:00 pm on January 14.

According to the data shared by the Cachar Health Department, 476 samples have tested positive in Cachar. Just for reference, NHM Assam in its bulletin stated that Cachar has 222 cases on January 14.

According to Cachar District Health Department’s data, 191 samples have tested positive on RTPCR while 285 samples on RAT. With this, the district states, there are 1386 active cases and out of them, 1,268 are in Home Isolation while 118 are admitted to the various hospitals across the district.