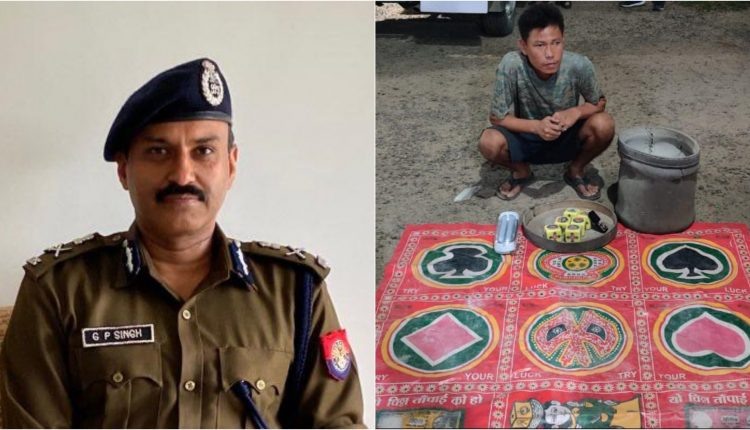 As Diwali knocks at the door, gambling hubs are being set up in various parts of Cachar District. Dice game Jhandi Munda is a popular real money game in this region during Diwali and already high decibel “Kebol Jhandi” cheers can be heard echoing from the dark. Not only in villages, but Jhandi Munda game is hosted in town areas too. Last year Barak Bulletin exposed how Jhandi Munda was organised inside a commercial multipurpose community hall right at the heart of the city.

Yesterday, SDPO Lakhipur Kulapradeep Bhattacharya along with Officer In Charge of Lakhipur Police Station conducted a raid at Singerbond area.

After the successful raid, Bhattacharya informed that they have managed to catch an organiser along with gambling articles such as the dice, game cloth, one motorcycle and a scooter. He informed that the detained individual has been identified as Ebungabi Singha – a 35-year-old resident of Singerbond part 5.

On the other hand, Special DGP law and order, Assam Police, GP Singh has urged the general public to help the investigating agencies by complaining or giving specific information about acts of organised and unorganised gambling.