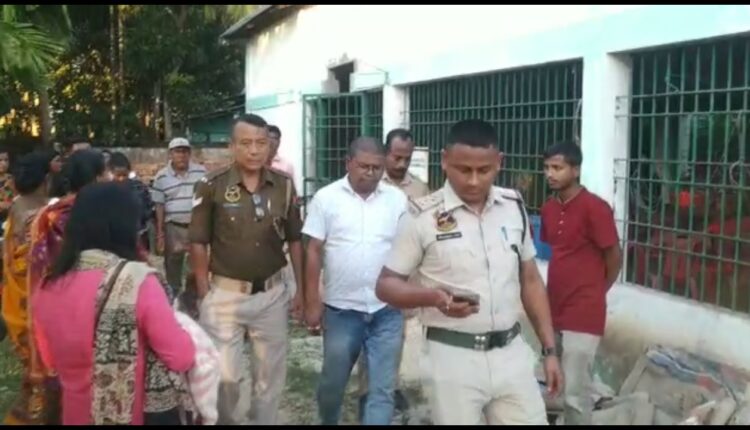 A fraudster was handed over to the police after he fell prey to the bait he placed two years back.

This incident happened in the Nikamapar villager of Bhubanhill GP under Kachudaram Police Station last Wednesday. A man, Sushen Sinha, who promised some aspirants of the village of job under the Swachh Bharat Mission back in 2019 was apprehended by the village locals and later handed over to the police. A local Sudip Bhattacharjee, who helped him in the same, is still missing.

Back in December 2019, the Motinagar resident (Sudip Bhattacharjee) earned the trust of the job aspirants of the villagers in different villages under the Kachudaram thana and promised people jobs. According to the locals, Bhattacharjee said there were three posts per GP out of which two were reserved for women. He charged them application fees starting from Rs 8000 to 12000. Later they also conducted a written examination charging exam fees. Apparently, none of the applicants passed the exam and hence no one got a job as promised.

Since huge money was involved, the villagers went to the root of the cause and found it to be a big scam. An aspirant who was duped by Bhattacharjee said, “It has been four years now and we don’t know where the job is. He was a man we trusted and hence we gave him the application fees. He said the jobs were under the Swachha Bharat Mission. Sudip Bhattacharjee made us meet Sushen Sinha from Karimganj who conducted this examination after charging Rs 2500 fees. But no one passed the examination and we didn’t get the job. This happened in nine GPs in our area”. After this exam whenever the villagers asked what happened with their job or if they are getting their money back the fraudsters stopped responding.

Another aspirant said, “On Wednesday, we called Sushen Sinha to the village saying there are more aspirants who wanted to apply to this post. We also called the elders and senior citizens of the village along with Kachudaram Police. When he reached there we asked him about the jobs, but he didn’t have any concrete answers. We could easily understand that we have been duped, so we informed the Kachudaram Police about this and registered an FIR. Kachudaram police reached the spot and arrested Sushen Sinha. Sudip Bhattacharjee is still missing and he doesn’t respond to our calls either”.