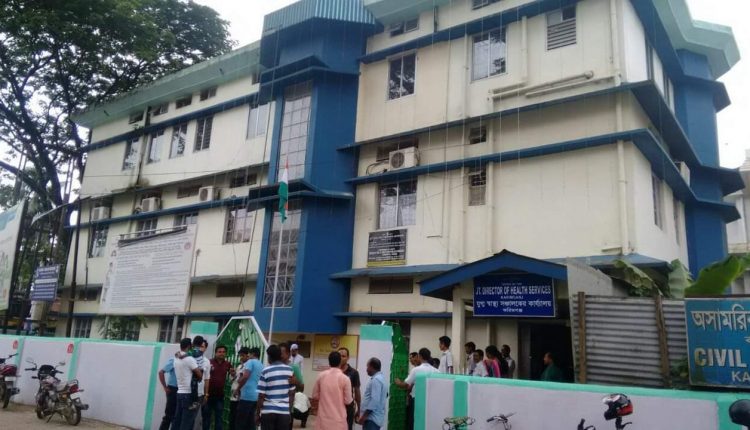 Non-Bengali nurses in Karimganj Civil Hospital have allegedly “misbehaved” with local residents for not communicating in Assamese. According to Chittaranjan Lane resident Ramyabrata Chakraborty, when he went to the hospital with his octogenarian father in law, he was misbehaved with.

According to the statement given by him, he went to the hospital to get his father in law tested for COVID19. After the test was conducted, he went to the outer zone for registration. That is when, allegedly, a non-Bengali nurse cursed him and asked why did in he enter without wearing a PPE Kit. He says he tried to explain that the test was done already and he was there only for registration.

“They continued to speak with me in Assamese. I requested the nurse to speak in any other language as I do not understand Assamese. She lost her composure and banged on the chair. Then she told me that within the territory of Assam, Assamese needs to be spoken,” Ramyabrata Chakraborty posted on his Facebook.

Barak Valley is the land of eleven martyrs who laid their lives to ensure Bangla remains the official language of Barak Valley. On that same land, when someone told Ramyabrata Chakraborty communication needs to be in Assamese, he says, he was left in shock.

The matter was brought to the notice of Dr. Anup Kr. Daitary Joint Director Health Services, Karimganj. He said he has got to know about the incident and the administration will take necessary steps.

Speaking with Barak Bulletin, joint director Daitary said, “Since the matter has been reported to me, I think I deserve some time to look into the matter and conduct necessary probe. It is unfair that without giving me any time, the matter is being blown out of proportion in the public domain.”

He added, “Tomorrow is counting and there is a vaccination drive going on. All the officials are busy. We are conducting a probe and will look at matter. All the stakeholders have been informed about the incident and an official letter has been written.”

Daitary believes that the matter could have been investigated internally and solved without bringing disrepute to Barak Valley and the hospital.

It is true that the matter is being widely discussed in the public domain. It has a pretext to it. This is not one isolated incident where Assamese is being forcefully imposed. Few days ago, Chairman of Assam Higher Secondary Education Council had also shared similar dictatorial sentiments. He had gone a step further to say that if people of Barak Valley want to speak Bangla then they need to get separated from Assam.