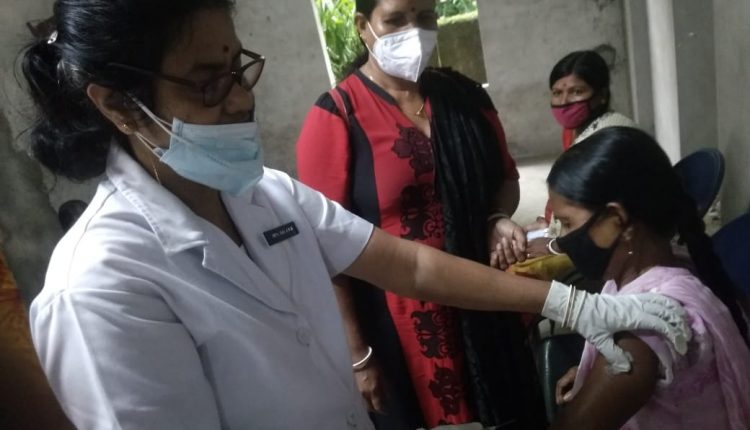 Till 6:00 pm on June 9, 270 individuals had tested positive for Covid 19 in the Cachar district. Out of them, 266 tested positive on RAT and four on RT-PCR. More RT-PCR numbers were awaited but the concerned authority failed to provide an update. Every day, the update number is shared between 10:00 pm and midnight. But yesterday, the DDIPRO informed, “Covid update not received from concern authority. Regretted.

The district health department continued setting records of most vaccine doses inoculated and most tests conducted in the State. 12,810 samples were tested in Cachar using the Rapid Antigen Test kit.

In the medical bulletin, Dr. Bhaskar Gupta, vice-principal, Silchar Medical College, and Hospital informed that 213 patients are undergoing treatment at SMCH’s Covid wards, and out of them, 86 are in ICU, 24 on ventilator support and 149 on Oxygen support. 33 patients took admission on June 9 to SMCH while 32 were discharged.

Four individuals with COVID were declared dead in SMCH. 59-year-old Monir Ahmed from Silcoorie, Cachar was admitted at SMCH on June 7 and he passed away at 8 p.m. on June 8.

In the Karimganj district, 3,722 samples were collected and out of them, 113 tested positive reporting a 3.03% positivity rate. There are currently 1,096 active cases in the district.

In the Hailakandi district, 58 individuals tested positive for COVID on June 9. There are 1,104 active cases in the district.