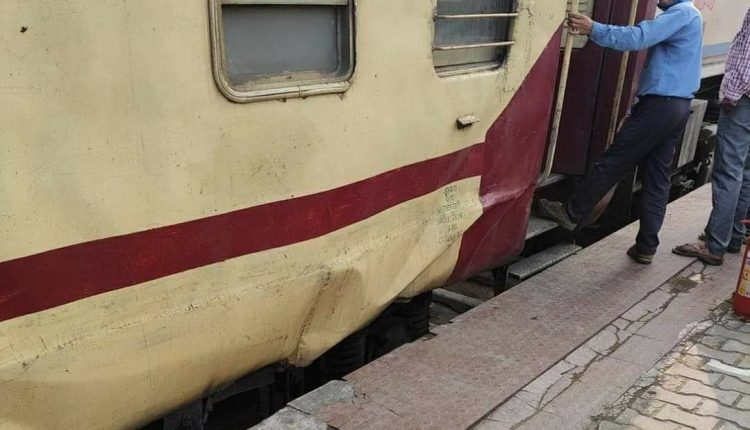 Kanchanjunga Express meets with an accident at Badarpur; 15 injured, train detained for 2 hours

Agartala – Sealdah Kanchanjunga Express met with an accident at Badarpur railway station today afternoon. The train had arrived at Badarpur Railway Station as scheduled, from there, it was supposed to depart for New Haflong after attaching the banking engine.

As a routine exercise, the banking engine is attached to the train before it departs for the hill section. Today while attaching the train, the shunter (driver responsible for shunting) could not control the speed of the engine and went on to hit the coach hard.

He added that the train was detained for two hours. “We kept the train detained to ensure all the passengers get the medical attention and only leave after they return,” informed Chanda. He confirmed that the track did not get damaged during the accident and the route is functioning as usual. Only one coach to which the Engine is attached got damaged during the collission.

About the incident, Chanda said that the NFR has issued an inquiry and a detailed report is awaited. “However, prima facie, it seems like the shunter could not control the speed of the Engine and it was due to his fault the accident occurred,” said Chanda.

The train has reached New Haflong and is headed towards Sealdah. It is running late by two hours.