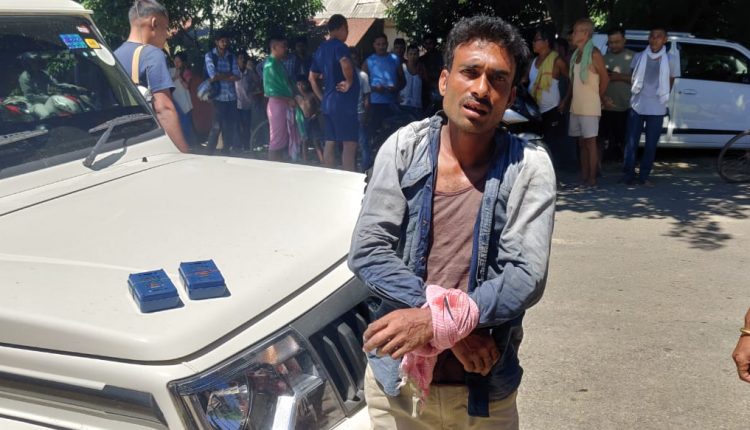 Regarding the seizure, SDPO Lakhipur Kulapradip Bhattacharjee said, “Today at around 12:05 pm, based on a source input, Lakhipur police under my supervision were able to intercept a person on a bicycle, and upon checking, found 2 soapboxes containing 23 grams of suspected heroin under his possession. Accordingly, the heroin and the bicycle was seized and the person was also apprehended.”

The name of the apprehended smuggler is Ajmat Ali, aged 40 years, S/O Late Esak Ali, who is a permanent resident of the Nah Kaphon of the Karimganj district. Currently, he was staying at the Binnakandi Part-II area under the Lakhipur PS jurisdiction of the Cachar district. As of now, the apprehended has been kept under the Lakhipur police custody and further follow up action has also been initiated.