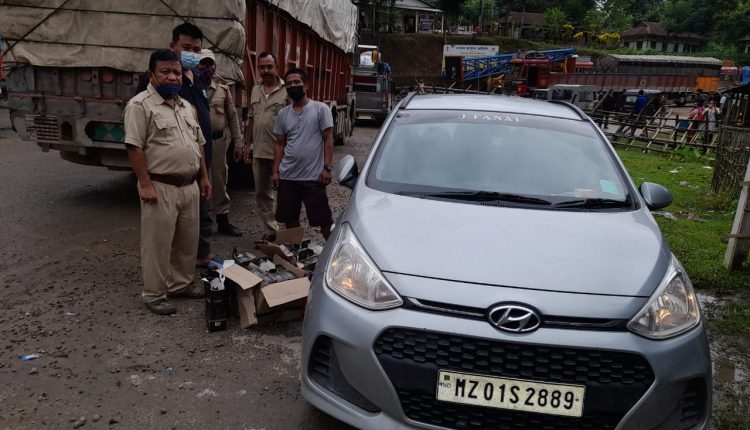 The Superintendent of Excise, Karimganj Shibashish Paul said, “At around 3:40 pm yesterday, the Churaibari Police during a routine checkup were able to recover 28 bottles of IMFL cases of different brands which are meant for sale in Meghalaya. They also arrested the driver and handed over the seized IMFL cases and the arrested driver to us.”

Paul added, “A non-bailable case has been lodged against him and hence, he was produced at the court at 3 pm today.” He also said that they’ll do everything in their capacity to prevent illegal transport of IMFL across state borders.

Notably, the Himanta Biswa Sarma led Assam Government, since its inception to power, has ramped up its efforts to stop the menace of illicit drugs and IMFL throughout the state. Recently in an interview to ABP, Special DGP Assam Police, GP Singh said that smuggling and illicit trade is a major reason why the Mizos are irritated with Government of Assam and could be a reason behind the attack orchestrated on July 26 which left six police personnel dead and about 42 hospitalised.

Barak Valley is being used as a gateway to smuggle banned substances in and out of the country, added Singh. It is worth mentioning here that the illicit consignment confiscated yesterday by the Karimganj Police was handled by F. Lalhlimpuia, son of F. Lalrinawma and a resident of Aizawl, Mizoram.