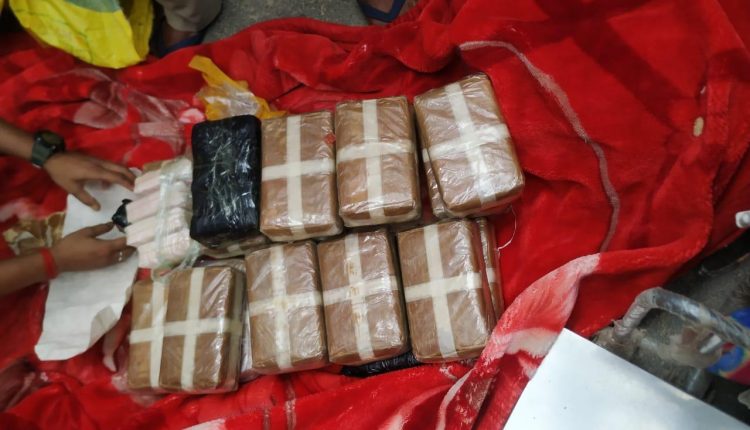 2,30,000 lakh Yaba tablets is the biggest yaba seizure in Assam in recent time. According to a Times of India report, each tablets cost around Rs 1000 and at the price, the consignment is worth Rs 23 crore. Which means, this also becomes the biggest seizure in Himanta Biswa Sarma’s tenure.

“Out of the four detained, one is from Karimganj, two from Patherkandi and from Ram Krishna Nagar. According to them, they had come from Aizawl and were headed to Patherkandi,” added Baruah.

Police sources informed that the four detained so far are being investigated and the officers suspect that they are trying to mislead the Police.

Yaba is a party drug also consumed by mine workers as that help them to put in extra hours at work. The tablets are high in demand in Bangladesh and other South Asian countries. Chemicals from Gujarat and Haryana get shipped to Myanmar where in drug factories, the chemical components are mixed to produce Yaba tablets. Those tablets then get smuggled to Mizoram from Myanmar and then to various parts of the world through Assam.