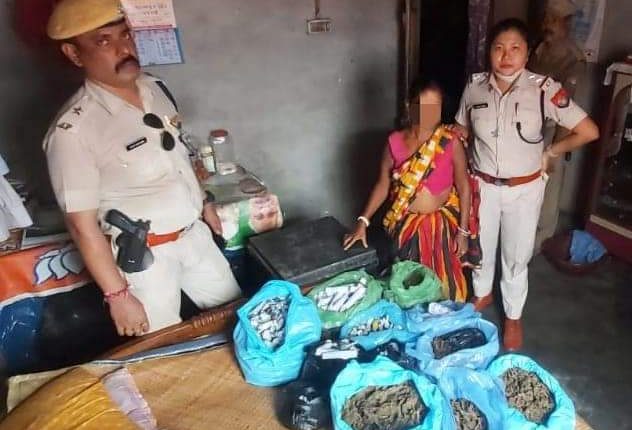 Regarding this raid, Karimganj Police station OC, said, “Yesterday around 1:30 pm, based on a secret source, Karimganj Police raided a house in Kanishail and were able to recover 6.17 kg of ganja from that spot. 2 persons were arrested in this regard and the hunt for a third suspect is still on as that person succeeded in fleeing the scene before the police could apprehend him. Both the arrested individuals were taken to the Karimganj police custody, from where they’ve been handed over to the judicial custody today.”

Also, according to the Karimganj police, a case has been registered against the culprits under the Narcotic Drugs and Psychotropic Substances Act (NDPS), 1985 and the case number is – 895/21_20b/25/27.