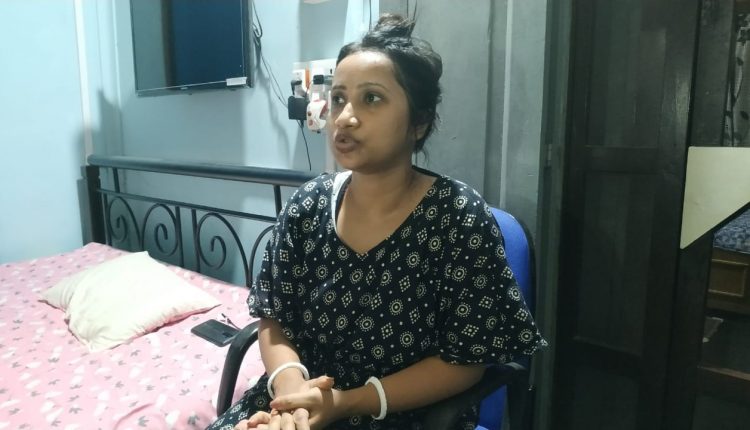 Karimganj woman tackles armed robber and survives all on her own; Police arrests culprit

In a menacing case of robbery last night, a woman in Karimganj was threatened at her home with a sharp weapon into giving money and all her jewels. But due to the woman’s presence of mind and genuine wit, she was able to escape that dangerously threatening situation and even managed to somehow detain the lone robber locked inside a room. But unfortunately, before any help and police could arrive at the scene, the robber succeeded in fleeing the spot. The following day, an FIR was filed at the local Karimganj police station and according to sources there, the police have already identified the prime suspect in this case of robbery.

The incident happened in the Roynagar area in Karimganj at the residence of Saumen Das and Devika Paul Das. On Wednesday night, Saumen Das was out at his in-law’s place, and his wife Devika Paul Das was alone at home watching TV when the attempted robbery took place. “I was alone at home last night as my husband went out for some work. At around 9:30 – 9:45 pm, a boy who must not be more than 16/17 years old suddenly barged into my bedroom holding a sharp knife. He then pointed the knife towards me and asked me to hand over all of the cash as well as jewels and ornaments to him. I told him that we don’t keep cash much at home but he was adamant and kept on threatening me that if I don’t listen to him, he’ll attack me. I also told him that I understand that he’s in dire need of money, so there’s no point in being aggressive or violent, and whatever little cash I have in my home, I’m willing to give him if he just puts away the knife and walks away without harming anyone”, said Devika Paul Das who was the sole victim of the attempted robbery. 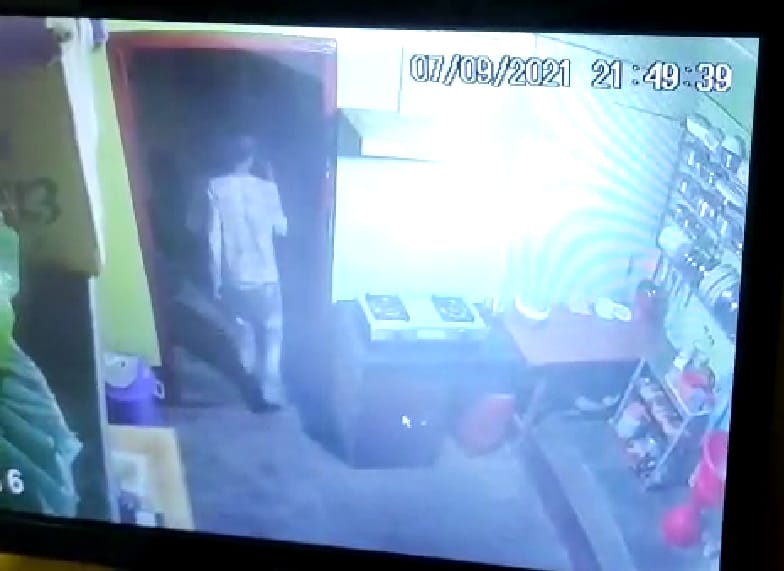 But due to sheer wit and presence of mind, Devika was somehow able to keep the robber engaged in her words and led him to another room where she succeeded in locking him from the outside, while she called for help. “The robber even took away my phone when he barged in so that I can’t seek any help. But as my husband wasn’t far away, I knew he’d come back soon. So I tried to keep him busy with words to buy some time and somehow managed to lead him to another room and then locked myself inside my room. He tried to break the door open and was also kind of pleading to me that if he doesn’t get money, his boss would kill him as he claimed that his associates were waiting outside for him. I was locked there for almost half an hour when all this dialogue was going on between us through the locked door”, said Devika who also admitted that at one point, the robber held the knife right across her throat.

Failing to break the door open, the robber started pleading for some money, and that’s when Devika decided to pass off Rs 2,000 cash through the door gap. But the moment she tried to do that, the robber pushed the door open and forced himself in. “At that moment, he held two knives pointed towards me and again started asking to give him whatever we have in the house. It was then that I realised that the robber hadn’t noticed a concealed back door exit right behind our dressing table, which I used to go out and then locked that door from the outside. Then I screamed for help and that’s when neighbours came, and later my husband, as well as the police, also arrived. But by then, the robber had already fled the scene.”

In the face of a grave threat which involves life and death situation, Devika Paul Das, being defenceless herself, has shown immense courage and wit while being all on her own. They have already filed an FIR at the Karimganj Police station this morning and according to sources there, the Police have already zeroed in on their prime suspect. Fortunately, the victim’s house was installed with CCTV cameras, hence the robber could be spotted in some of the footage. “Based on the victim’s statement and also the CCTV footages collected from their house, we round up a few suspects, from whom the victim was able to identify the culprit. The miscreant happens to be a certain Joy Namasudra, who is also a resident of Karimganj. He has already confessed to the crimes committed and has also said that it was his first-time offense of robbery. We checked our record book and found no prior pending cases or offences registered against him. Currently, the accused is under police custody and further action has been initiated”, said TSI Karimganj police, Shamsul Haque.