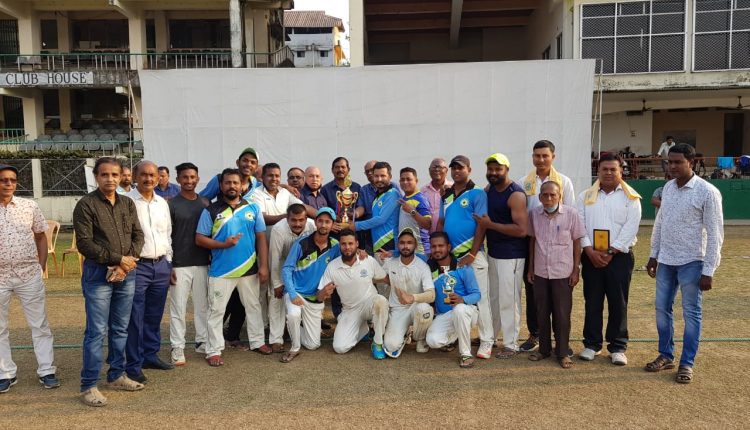 Silchar’s India Club and Maizdihi Club of Karimganj have already qualified for the final round of the Assam Premier Club Cup. Even then, the Southern Zone final match of Saturday had enough significance. Because the winner of the Southern zone final will get cash prize of 1.5 lakh rupees and the runner-up will get a cash prize of one lakh rupees. Hence, a good game was anticipated where Karimganj’s Maizdihi club came out victorious. Coming off as underdogs, Maizdihi beat favourite India club in the high scoring final by 16 runs.

In reply, India club was restricted to 230 runs for the loss of 8 wickets. While chasing the given target, India Club lost their openers Pervez Musharraf and Gobindo Rajbongshi early at the start. Even the experienced Rehan Jomail Majumdar failed to score big. But building on the middle order partnership of Debasish Saikia and Sadik Imran Choudhury, India Club got back in the match.

Batting at number 5, Debasish scored a blistering knock of 95 runs off 103 balls, While Sadik scored 30. Apart from them, important runs were scored by Prashant Kumar 30, Arman Khan 22, and Rudrajit Deka 14. At the end of 28 overs, India Club’s score was 162 runs for the loss of three wickets. But the failure of the lower order batsman meant that India Club failed to reach the set target. Amitabh Das and Bijoy Deb of Maizdihi club scalped three wickets each.

India club and Maizdihi club both will compete in the final round of the Assam Premier cup. The date of which is yet to be finalised.