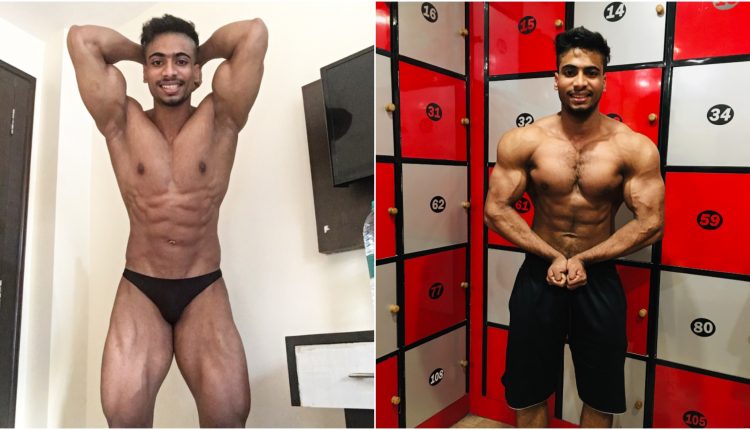 Pratik Deb from Karimganj is a sports enthusiast who has participated in several sports events at state and national levels. Now, in a proud moment for Barak Valley, Pratik Deb is going to represent India at the 12th World Bodybuilding and Physique Sports Championship scheduled to take place in Tashkent, Uzbekistan in the first week of October this year. This international event will be organized by the World Bodybuilding and Physique Sports Federation (WBPF), the global governing body of bodybuilding sports and the category in which Pratik is going to compete is 175 cm Men’s Sports Physique.

Pratik, initially a Badminton aspirant who has also played the sport at the National school level of Kendriya Vidyalaya Nationals, first got into the world of bodybuilding three years ago. “My first foray into the world of bodybuilding started from my coach Moirangthem Robi Meitei, whom I used to know from my early days of playing Badminton. After I had played in the Badminton KV Nationals, I went through a minor injury that kept me from physical activities for about 6 months. That was when Robi Sir advised me to start looking at Bodybuilding as a profession and not just a hobby and from December 2019, I started training under my coach”, said Pratik about his primary motivation to take bodybuilding as a profession.

A resident of Shibbari road in Karimganj, Assam, Pratik did his schooling from the Kendriya Vidyalaya, Karimganj where he also completed his 10+2 higher secondary. Then he pursued his undergraduation from the Lakshmibai National Institute of Physical Education in Guwahati majoring in Weightlifting. Before venturing into the world of bodybuilding professionally, Pratik has also participated in Badminton and featured in both KV National and KV Regional competitions.

“I’m privileged and blessed to have the full support of my family regarding my career until now, and without their unflinching support, I wouldn’t be here today. I want to use this grand opportunity to make not just my family and coach proud but the entire region as well, from where I belong. I also want to thank Robi Sir without whom and his constant push, I wouldn’t be here today. So in the upcoming World Bodybuilding Championship in Tashkent, I want to win and make them proud. It’s already an honour to be able to represent my country on an international platform.”

To book a berth at the World Bodybuilding Championship, Pratik had to clear the trials organized by the Indian Body Builders’ Federation (IBBF), the governing body of bodybuilding in India which is affiliated to the Ministry of Youth Affairs and Sports, Government of India. Pratik is coached by renowned bodybuilder and trainer Moirangthem Robi Meitei, who is a former Mr. Asia (2015) and Mr. World (2017) title-holder. Mr Robi also holds the distinction of being the first Indian to win Gold at the Amateur Mr. Olympia back in 2017. Hence, to be able to train and be coached by such an accomplished personality of this field will only motivate Pratik to push his own glass ceiling and better himself.

The 12th World Bodybuilding and Physique Sports Championship will take place in Tashkent, Uzbekistan from October 1 to October 7, 2021. And with him, rests the hopes of millions of people waiting in patience to see Barak Valley get rightfully recognized on a global platform.